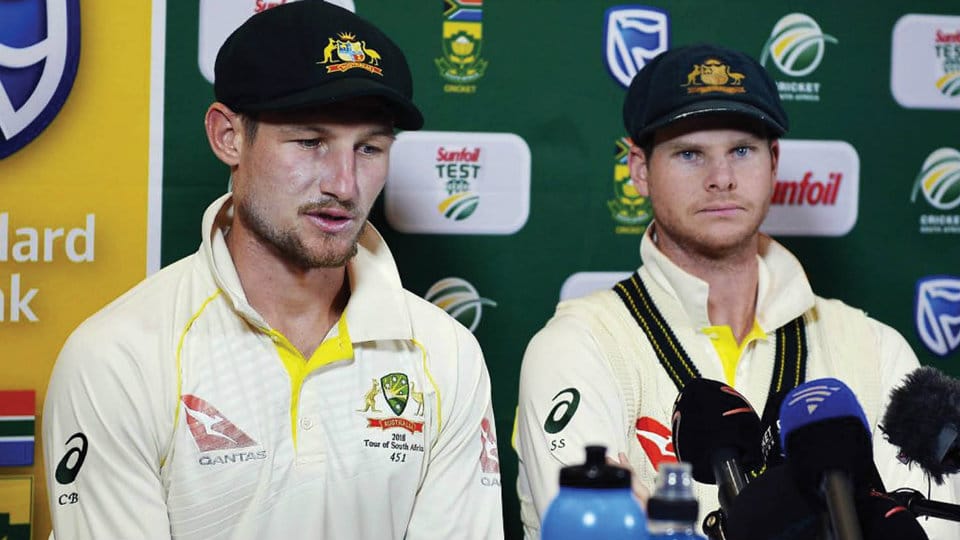 Cape Town: Australia captain Steve Smith was yesterday handed a one-match suspension and fined 100% of his match fee following his admission on Saturday that he was party to a decision to attempt to change the condition of the ball in order to gain an unfair advantage during the third day’s play in the Cape Town Test against South Africa.

ICC Chief Executive David Richardson laid the charge against Smith under to Article 2.2.1 of the ICC Code of Conduct for Players and Player Support Personnel which prohibits to ‘all types of conduct of a serious nature that is contrary to the spirit of the game.’

Smith accepted the charge and the proposed sanction of two suspension points which equates to a ban for the next Test match and which will see four demerit points added to his record.

Additionally, Australia opener Cameron Bancroft has been fined 75 percent of his match fee and handed three demerit points for breaching Level 2 of the ICC Code of Conduct during the third day’s play on Saturday.

Bancroft admitted that he breached Article 2.2.9 of the ICC Code of Conduct for Players and Player Support Personnel, which relates to “changing the condition of the ball in breach of clause 41.3.” and accepted the sanction proposed by Andy Pycroft of the Emirates Elite Panel of ICC Match Referees, and as such there was no need for a formal hearing.

The incident that led to the charges being laid took place during South Africa’s innings on Saturday afternoon when Bancroft was seen on television holding a foreign object while rubbing the ball, before hiding the object in his pocket, then inside his trousers.

While many former cricketers criticised ICC’s one-match ban on Smith as being too mild, sources told that Cricket Australia, facing a massive outrage at home, is likely to announce “exemplary punishment” — which could even be a life ban — for the “leadership group” in the team.