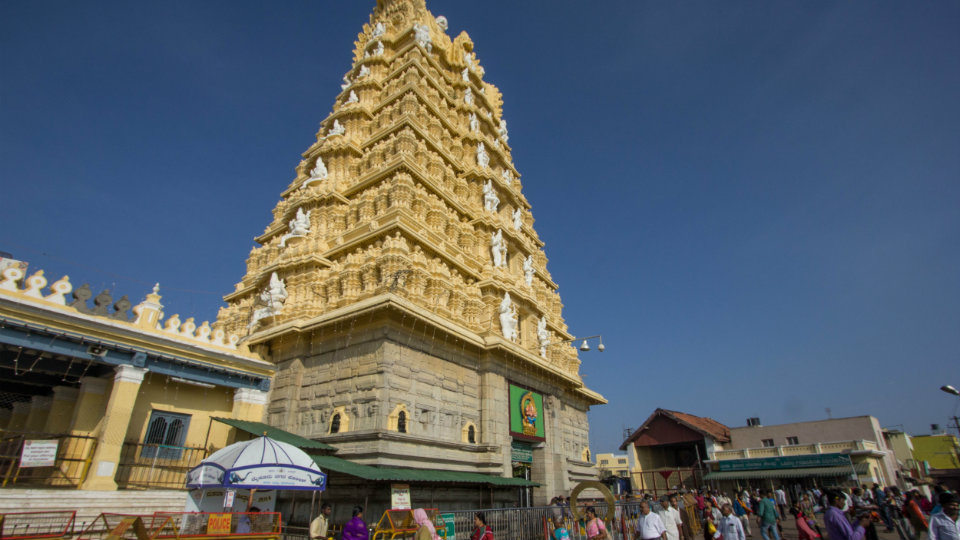 Banks say no to scrapped notes from Chamundi Hill Temple

Mysuru: The hundi collection at Sri Chamundeshwari Temple atop the Chamundi Hill stands at Rs. 24.09 crore in 2016-2017. Interestingly, when the hundis were opened in March this year, Rs. 3.3 lakh in demonetised currency notes of Rs. 500 and Rs. 1,000 were found.

Speaking to Star of Mysore this morning on the banned notes found inside hundis, Muzarai Tahsildar S.N. Yathiraj Sampathkumaran said that they had found Rs. 3.3 lakh in demonetised currency notes of Rs. 1,000 and Rs. 500. “When we opened the hundis in March, the high number of demonetised notes surprised us though we were expecting some notes. We have informed the officials from Reserve Bank of India and they have asked us to hold the notes till further orders,” he said.

From Nov. 2016, after the demonetisation was announced, the temple received about Rs 1.26 crore in the banned currency. “We managed to exchange Rs. 1.23 crore but the banks are refusing to accept the remaining Rs. 3.3 lakh collected between Dec. 2016 and Mar. 2017. The banks could have taken this step as the deadline for exchange of old notes with new ones ended on March 31.

Three days after the demonetisation was announced on November 8, 2016, the temple authorities took up counting of currency and found 5,840 notes of Rs. 500 and 906 notes of Rs. 1,000 denominations in the hundis and all the notes were easily exchanged.

“We will wait for the directions from the Reserve Bank and the same issue has been brought to the notice of Endowment Department Commissioner,” Sampathkumaran added.