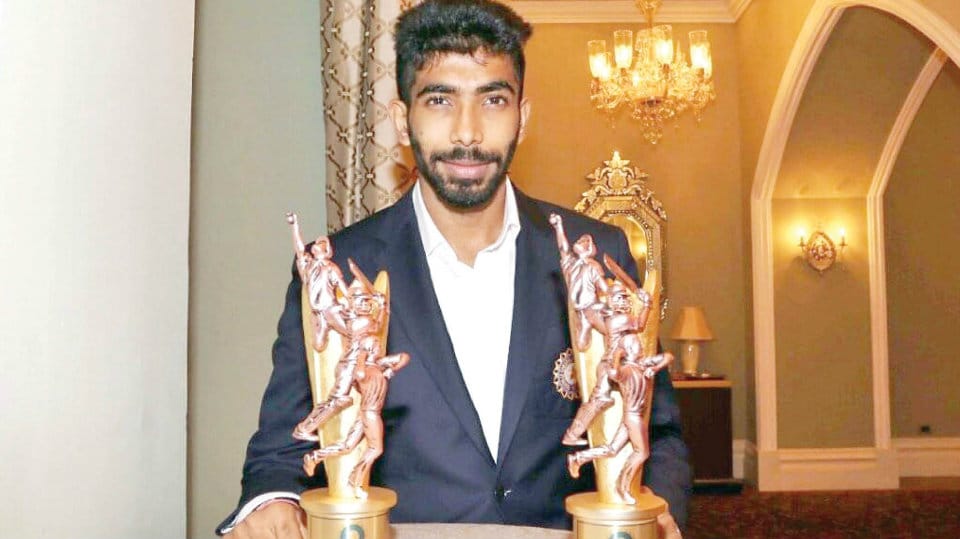 Indian pace ace Jasprit Bumrah was awarded the prestigious Polly Umrigar Award (2018-19) on Sunday at the BCCI Annual Awards in Mumbai. The Indian pacer, who had a fruitful 2018-19 season with Team India across all formats won the award for being the best international cricketer. Bumrah recently became the leading wicket-taker for India in the T20Is after bagging his 53rd wicket during the third and final game against Sri Lanka at Pune.

The gifted pacer made his debut for Team India in the longest format during the 2018 tour South Africa and is currently ranked as the World No.1 bowler in the ICC One Day International (ODI) Men’s rankings. In his award-winning season, the 25-year-old speed merchant also became the first Asian bowler to bag fifers against South Africa, England, Australia and the West Indies. The Mumbai Indians (MI) star pacer will be next seen on the 22 yards in the upcoming three-match series against Australia and he was also named in the T20I squad for the forthcoming New Zealand tour.

While Bumrah took home the Polly Umrigar Award, Poonam Yadav was adjudged as the winner of the best international cricketer (women) award. The Indian leggie was earlier awarded the famous Arjuna Award for her achievements in the cricket world with the national women’s team. Indian woman star batswoman Shafali Verma was honoured with the best international debutant and best woman cricketer in the junior domestic cricket category.

The full list of the winners at the BCCI Annual Awards is as follows: