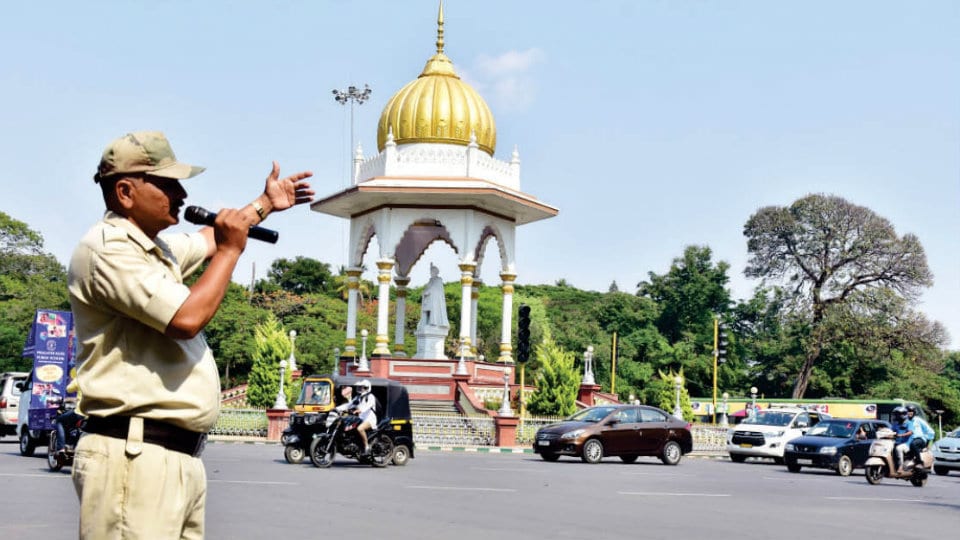 With a lot of fanfare the Public Address (PA) system was introduced in a few places where traffic signals are installed. Initially for a few days both Traffic Police and  Home Guards used to address the offenders. Now the initial enthusiasm has died and things are back to square one.

Several thousand of tax-payers money has been spent to install such a system. If it is not put to proper use, who is to blame?

Earlier also digital cameras, Tiger motor-cycles, Innova cars etc., were provided to regulate traffic but all of them have suddenly vanished. Who is accountable for the lapse? Here and there a few patrol vehicles are seen, specially in the evenings near some of the road-side eateries but the traffic chaos continues.

Now that Traffic Awareness Week is on, I request the City Police Commissioner to bring back the system seriously to put an end to avoidable accidents and bring to book serial offenders.

Strict orders should be issued to officials manning Circles and Traffic junctions, who are more often seen standing in a corner either on mobile phones or chatting with friends. The same applies to Home Guards who are posted for similar duties.