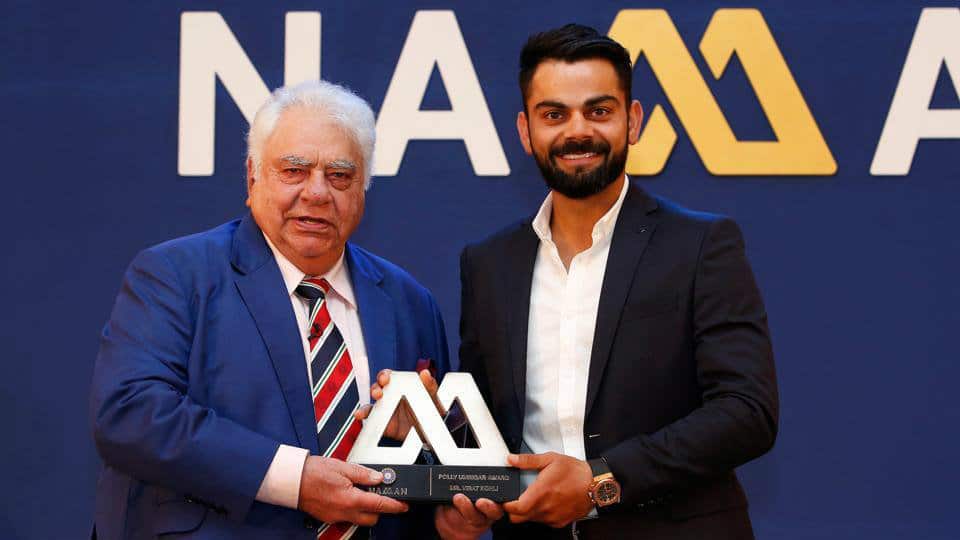 While the Delhi-dasher won the prestigious Polly Umrigar Trophy for the best international cricketer of 2015-16, Ashwin was honoured with the Dilip Sardesai award for his magnificent performance against West Indies during which he picked up 17 wickets help India beat the touring team 2-0 in the test series.

This was the third time that Virat Kohli had won the Polly Umrigar Trophy, having secured the award for the 2011-12 season as well as for the 2014-15 season.

For the first time in the history of BCCI, women cricketers were honoured for their services. Shanta Rangaswamy, former India Women’s Captain, received the BCCI Lifetime Achievement Award from Ajit Wadekar and became the first woman player to be felicitated by the Indian Cricket Board.

The ceremony also saw Shreyas Iyer and Shahbaz Nadeem being awarded the Madhavrao Scindia award for their best performances in the Ranji Trophy. Former Indian cricketer Farokh Engineer delivered the MAK Pataudi lecture and hailed the contributions of ‘Tiger’ Pataudi to Indian cricket.