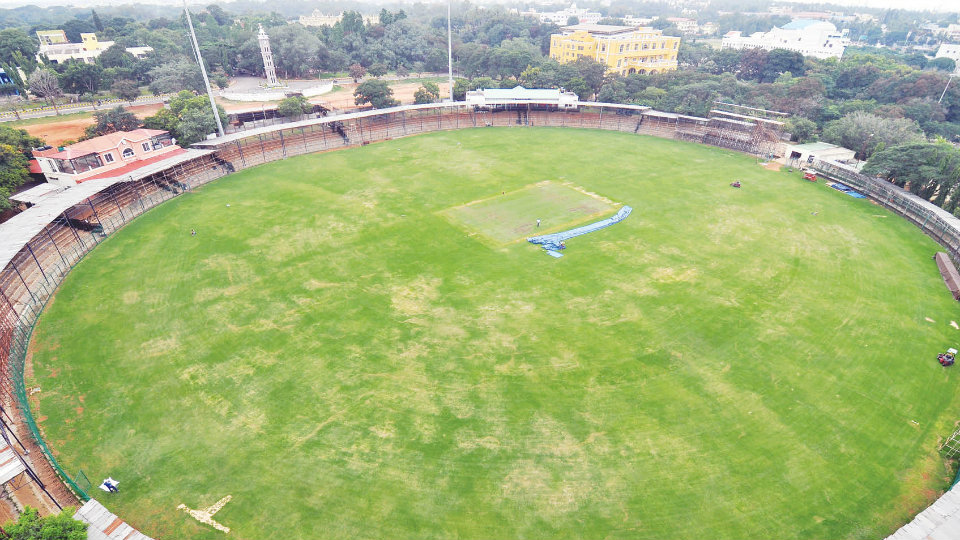 BCCI U-23 Men’s ODI from tomorrow

KSCA Mysuru Zone to play host for Elite ‘A’ matches

The Karnataka State Cricket Association (KSCA), Mysuru Zone, will play host to Men’s U-23 One Day Tournament (Elite ‘A’ Group) organised by Board of Control for Cricket in India (BCCI) from tomorrow.

A total of nine teams belonging to Elite ‘A’ group — Karnataka, Tamil Nadu, Baroda, Maharashtra, Gujarat, Madhya Pradesh, Jammu & Kashmir, Punjab and Vidarbha — will be playing a total of 36 matches from Oct.31 to Nov.19 at SDNR Wadiyar Stadium and JSS-SJCE Grounds in Mysuru and PET Grounds in Mandya.

This will be the first major tournament since new Committee has taken over the reins at KSCA, Bengaluru and in Mysuru as well.

Speaking to Star of Mysore, KSCA Mysuru Zone Convenor Sudhakar S. Rai said that Mysuru had hosted a number of BCCI tournaments earlier as well. But, U-23 Men’s Tournament is being hosted for the first time.

“This being a crucial tournament for those knocking at the doors of BCCI as well as to play in their respective State teams, it will be interesting to watch some of the best players fighting it out in the middle,” he added.

With rains playing hide-and-seek, the KSCA Mysuru staff has been working hard to keep the grounds’ condition suitable for the play to commence as per schedule tomorrow. KSCA Bengaluru has already provided SDNR Wadiyar Stadium with a super sopper and two additional super soppers have been provided to JSS-SJCE Grounds and PET Mandya as well just in case it rains during the match.

Four from Mysuru to represent Karnataka

Four players from Mysuru — Nikin Jose, M. Venkatesh, Vishnu Priyan and Kishan Bedare — will be representing Karnataka in tournament. Nikin has been appointed as Vice-Captain.