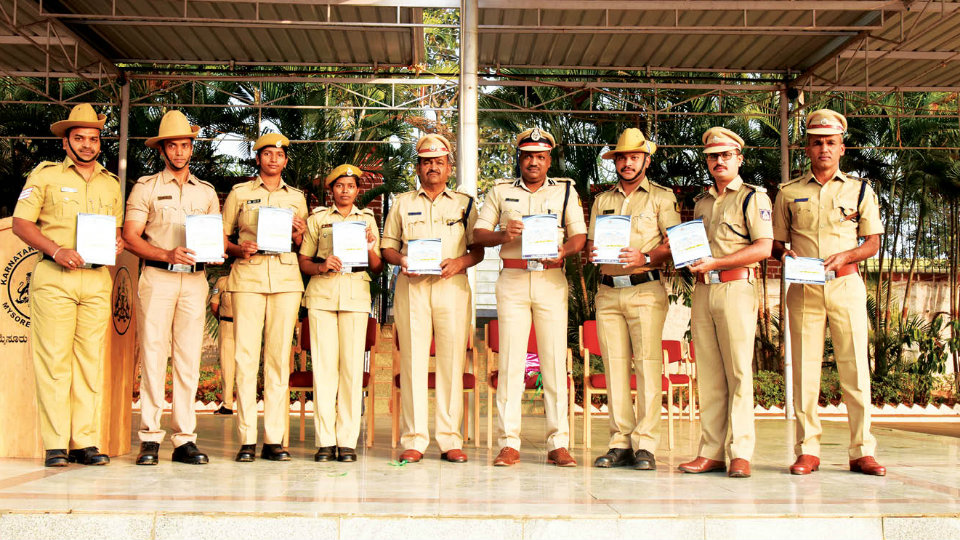 Mysuru: City Police Commissioner Dr. A. Subramanyeswara Rao has claimed that the Beat Police system that was introduced by the Police Department from April 2017 has been successful and at the same time received appreciation from the public.

Speaking after receiving a Guard of Honour from Police officers and releasing 2019 Beat Books at CAR Grounds in city yesterday, he said that this system was introduced as part of creating community-friendly Policing besides ensuring security to residents.

Under this system, each Policeman at a given Police Station is assigned an area under the respective Police limits.

The Policeman is expected to deal closely with people in that area and will be responsible to hold a monthly meeting of residents.

The Commissioner said the area under each Police Station’s jurisdiction will be divided proportionately to the number of personnel assigned to that Station. The assigned Policeman will be the first point of contact for the residents and grievances, if any, will be addressed during the monthly meet, he added.

He said the Beat Book that was designed by City Police Department had received wide appreciation from various districts for design and special features. He also asked the Beat Policemen to distribute visiting cards to all residents.

Stating that the Department has come up with several Police-friendly measures, he asked Police personnel to make use of these facilities.