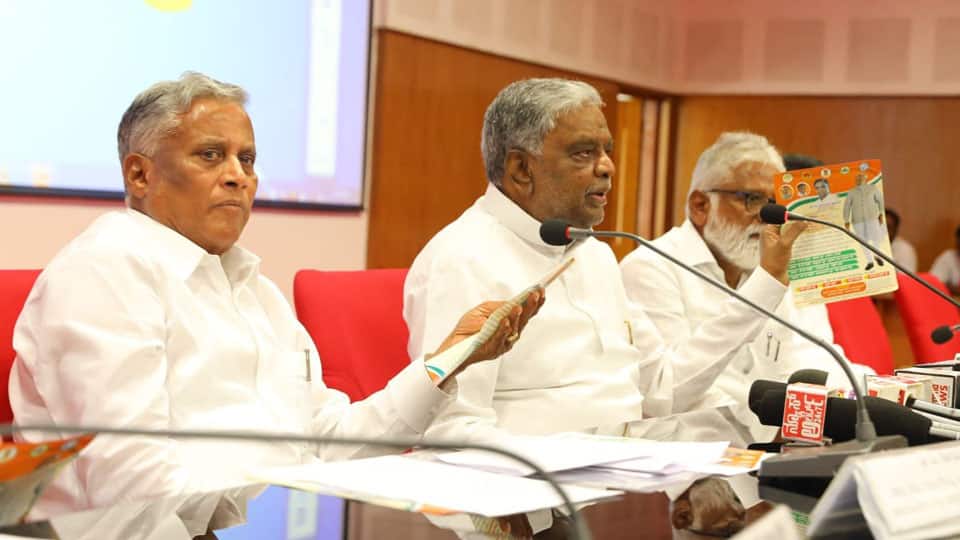 Chamarajanagar: Announcing that the Centre has selected 36 Lok Sabha Constituencies including Chamarajanagar for the project to distribute key benefits to physically challenged and senior citizens aged over 60 years, Chamarajanagar MP V. Sreenivasa Prasad said that screening  camps will be held at  four taluk centres of the district on different dates  from July 19 to 22.

Addressing a joint press meet with Housing Minister V. Somanna, who is also Chamarajanagar In-Charge Minister, here on Monday, Prasad said that Chamarajanagar is the only LS Constituency in the State which has been selected for the project. The project involves distribution of necessary  prosthetic equipment to physically challenged persons and benefits to senior citizens, the MP said and called upon eligible beneficiaries to attend screening  camps and make use of this initiative.

The camp will be held on July 19 at BRC Centre in Hanur, on July 20 at National Higher Primary school in Kollegal, on July 21 at Shikshakara Bhavan in Gundlupet and on July 22 at Pete Primary School in the town.

He noted that the project is the initiative of Union Ministry of Social Justice and Empowerment and is being implemented in association with Artificial Limbs Manufacturing Corporation of India, the District Administration, ZP, SC/ST Welfare Department and the Department for Empowerment of Differently-abled and Senior Citizens.