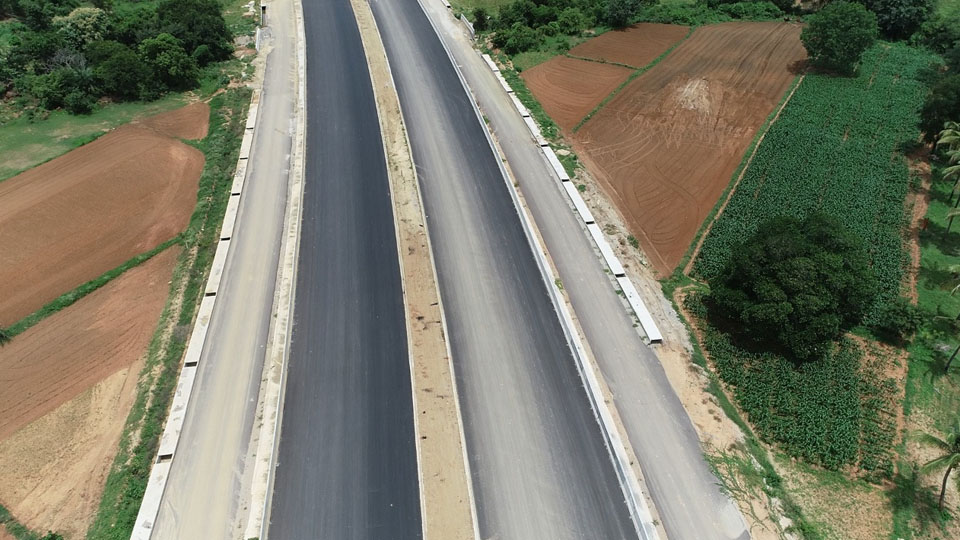 Mysore/Mysuru: A day after Mysuru-Kodagu MP Pratap Simha met Mines and Geology Minister Halappa Achar at Bengaluru and sought to remove departmental hurdles for expediting the ongoing Mysuru-Bengaluru 10-lane Highway, the ‘Credit war’ over the Highway expansion has escalated with Congress leaders challenging the MP for an open debate in the presence of media on Sunday (Sept. 5) in Mysuru.

Simha had recently released a video of his spot visits to highlight the ongoing works and the ease with which people can commute between Mysuru and Bengaluru. His presentation went viral and was also reported in the media.

This triggered a backlash from the Opposition Congress, which claimed that the project was cleared during the tenure of Siddharamaiah as the Chief Minister and when Dr. H.C. Mahadevappa was the PWD Minister. BJP MLA A.H. Vishwanath too joined the chorus, claiming that the project was sanctioned when he was Mysuru-Kodagu MP from 2009 to 2014, while Siddharamaiah asserted that Simha has ‘no locus standi’ on the project as it did not traverse through his constituency.

The Congress going further on the issue, unilaterally announced that a debate with Pratap Simha would be held at Pathrakartara Bhavan, Mysuru, at 11 am on Sunday (Sept. 5) and expressed hope that the MP would turn up for the debate.

Instead, Pratap Simha shot off a letter to the Congress chiding former PWD Minister H.C. Mahadevappa, questioning him why the Congress did not take up any work while in power. Contending that the Congress, which is out of power, has no other work than getting into debate and try to be relevant, without getting lost under the weight of the BJP’s Government’s achievements, Simha wanted answers from the Congress to his few questions.

How much funds did the previous MP (A.H. Vishwanath) or former CM Siddharamaiah or former PWD Minister H.C. Mahadevappa, who were in power till 2018, bring for the Highway project which is being taken up at a cost of Rs. 8,000 crore? What happened to your promise on the 6-lane road on the stretch from Jaladarshini Gate to Paduvarahalli Circle on Hunsur Road?

Seeking answers from Congress leaders for the questions raised by him, Simha contended that it was he who got the said 6-lane road done at a cost of Rs. 12 crore, which was sanctioned by the Union Minister for Highways Nitin Gadkari under CRF fund.

Simha also maintained that it was he who demolished the dilapidated PWD Compound wall adjoining Jaladarshini on Hunsur Road and constructed a wider road and footpath.

Pointing out that the Congress had invited him for a debate when he was out of station, Simha said this showed the hypocrisy of the Congress. The MP, in his letter to Congress leaders, also invited the Party leaders to meet NHAI Projects Officer R.K. Pandy, who would be available in Bengaluru tomorrow, to thank him for giving approval for the construction of a grade separator at T. Narasipur Road junction on Mysuru Ring Road and also to apprise him on the proposal sent to Union Minister Nitin Gadkari on the conversion of Mysuru-T. Narasipur Road into a four-lane one.