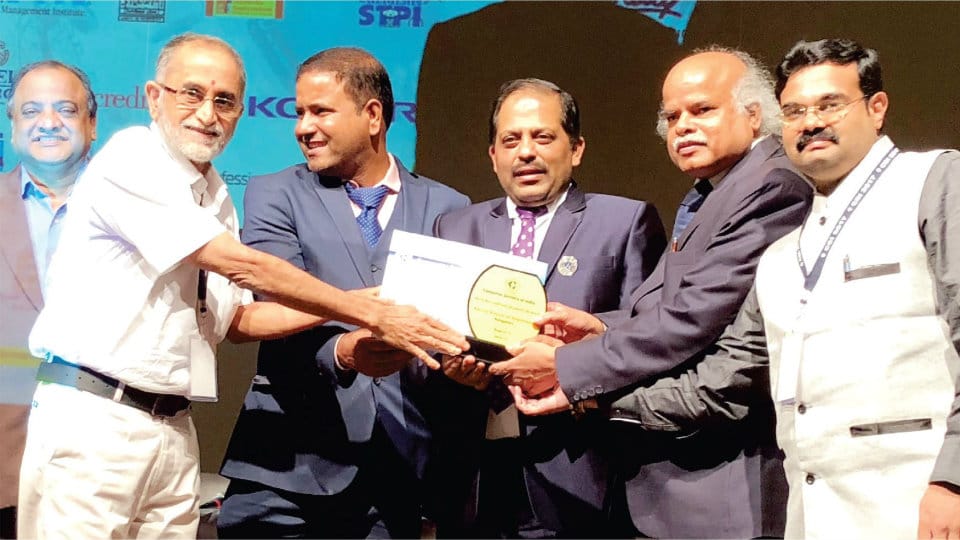 Mysuru: Amrita School of Arts and Sciences, Mysuru, has secured the Best CSI (Computer Society of India) Student Branch in India Award for the second consecutive year, a singular achievement considering the fact that there are over 1,000 Colleges and Universities with CSI student branches in India. The award was conferred at the CSI Annual Convention 2017 held recently at Science City, Kolkata.

Computer Society of India (CSI), India’s first and largest professional body for IT professionals announces this award annually based on the quality, innovation, impact and societal relevance of various technical and professional activities such as conferences, contests, workshops, hackathons, appathons and community engagement activities.

Collectively, Amrita Vishwa Vidyapeetham has bagged ten National Awards from CSI for 2017.  AMRITA’s pro-active engagement and collaboration with Computer Society of India has resulted in more than 30 awards to their faculty, students, CSE departments, student branches as well as research innovations such as A-VIEW, Labs and Amrita Hospital Information System (HIS).

Amrita School of Arts and Sciences
Valedictory of Cultural, Literary and Sports Club at JSS tomorrow
‘Mysuru is a model city for the whole world’