Home » News » ‘Mysuru is a model city for the whole world’ 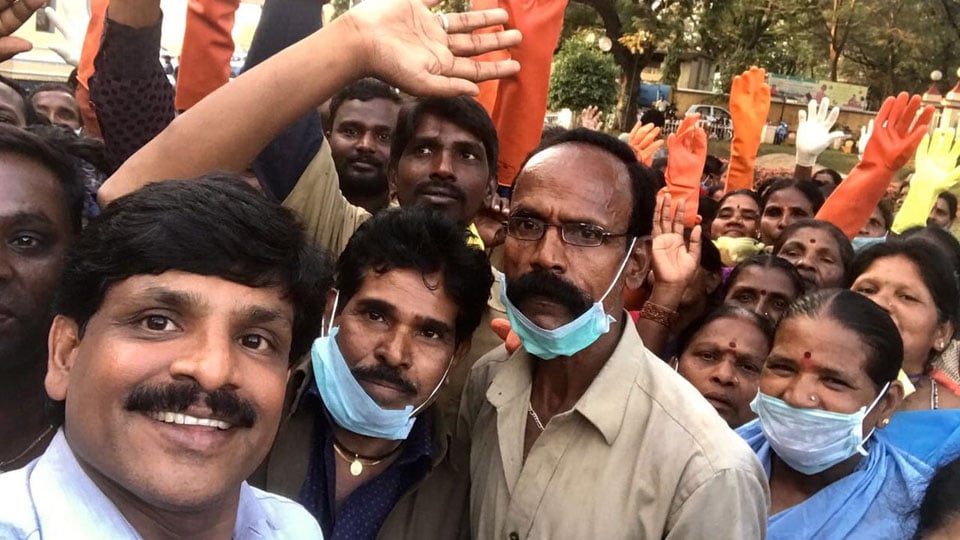 ‘Mysuru is a model city for the whole world’

Mysuru:  “Chief Minister Siddharamaiah called me two years ago and asked me to go to Mysuru City Corporation. I just followed his orders and came here. I was very apprehensive about the place, atmosphere and people. However, I realised that once you discharge your duties with integrity and honesty, people respect you,” said outgoing MCC Commissioner G. Jagadeesha.

Recalling his two years experience in the heritage city, he said that within a few days of assuming office, he became a Mysurean and if he gets a chance, he wanted to come and serve in Mysuru again.

“Mysuru is a model city to the whole world. The people here are cultured. They have place in their hearts for any officer who does good work. And I have such experiences many times,” he said.

“I feel that Mysuru should have 24-hour water supply. The public should be alert about the usage of water. They should not waste water by allowing it to flow unnecessarily from the taps. I have taken special interest to see that Mysuru regains the top spot once again in the country in cleanliness. I have discharged the duties that were meant for the Swachh Bharat Mission. My colleagues and staff have worked day and night for this,” the outgoing officer said.