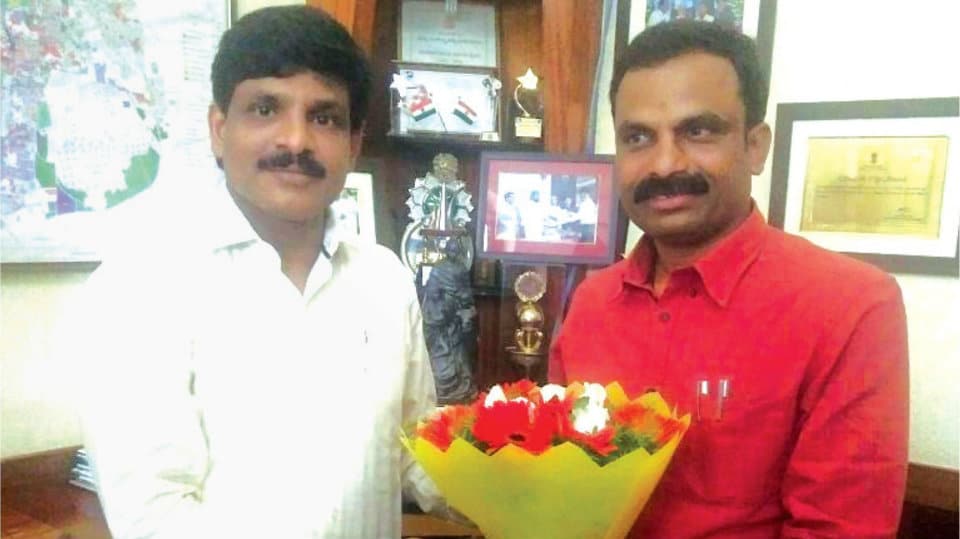 Mysuru:  There was change of guard at the Mysuru City Corporation as K.H. Jagadish took charge as the new Commissioner. The earlier Commissioner G. Jagadeesha handed over charge to the incumbent yesterday.

In the light of the Assembly elections and based on the directions from the Election Commission, the government had passed an order appointing K.H. Jagadish after transferring G. Jagadeesha.

The new Commissioner was to have taken charge on Apr.2 itself but he came yesterday and took charge. K.H. Jagadish is from Kittagali village in Madhugiri Taluk in Tumkuru district.

He is from the 2008 batch and started his service from 2010. First he was the Probationary Tahsildar in Chamarajanagar and then was posted as Assistant Commissioner in Hassan. He has served in the Food and Civil Supplies, Housing Board, Karnataka Water Board, and Health Department and now posted as MCC Commissioner.