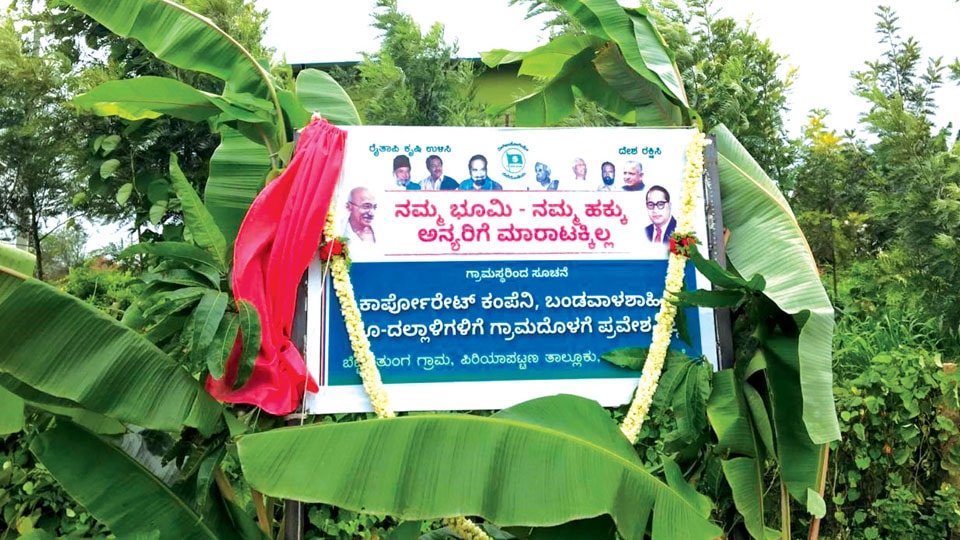 Members of Karnataka Rajya Raitha Sangha and Hasiru Sene, villagers and various Dalit leaders present at the Bettadatunga village, which is the birthplace of former Chief Minister D. Devaraj Urs, shouted slogans and installed the banner at the village entrance, ‘Nammura Bhumi Namagirali. Corporate Company, Bandavalashahi Dallaligalige Gramadolage Praveshavilla’ (Our village land belongs to us. No entrance to corporate companies or middlemen into the village).

Addressing the gathering, President of Rajya Raitha Sangha Kuruburu Shanthakumar said, “Today, the whole nation is observing the anniversary of Quit India Movement. British East India Company ruled the country for over 300 years. Now, corporate sector is ruling our nation. The Government at the Centre and State has joined hands with them by implementing anti-farmer policies, which are detrimental to farmers community in the region. We will continue our protest against these anti-farmer policies of the Government.”