Home » Editorial » Between the devil and the deep sea 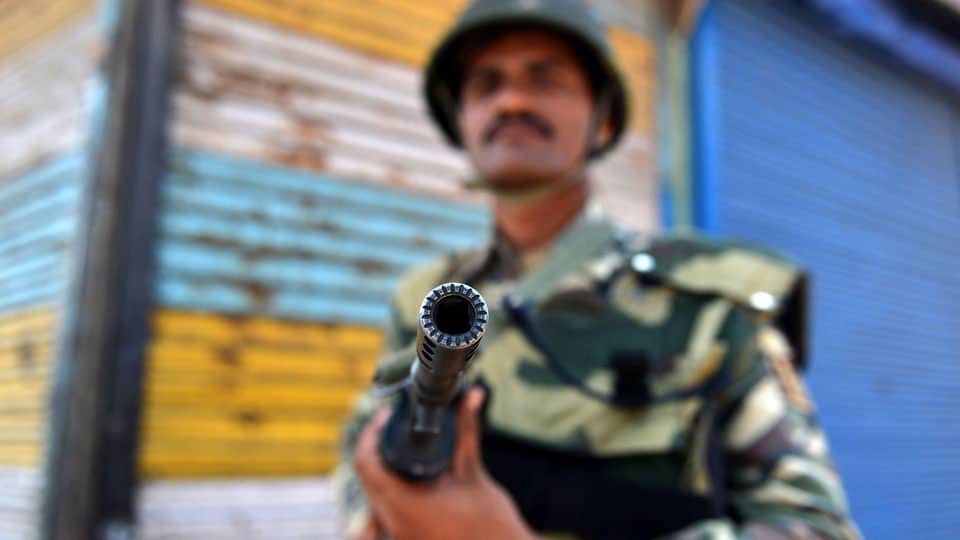 Between the devil and the deep sea

Internal unrest and external threats of skirmishes across borders of countries in many regions across the globe is the order of the day. India takes the cake as it were among the countries currently witnessing both social disruption within its territory and proxy war at the so-called Line of Control (LoC) by an unfriendly neighbour with other equally unfriendly neighbours taking sides, satisfying their itch for mischief. On occasions of India finding itself in real war conditions years ago, the nation’s Prime Ministers exhorted the land’s people to stay united and make sacrifices, their calls received overwhelming response charged by expressions Jai Jawan Jai Kisan, Ornaments for armaments by the two leaders. While such calls triggering patriotic fervour in the people are made by others at the helm during times of exchange of gunfire across the border claiming lives of the country’s brave soldiers guarding the territory under harsh conditions of weather, there is every reason to remark that not many takers are evident among the land’s people at large, even as some voluntary groups and also institutions do rise to the occasion in a show of solidarity with the armed forces.

The subcontinent which comprised the few present day countries in the neighbourhood of India has witnessed assaults by aliens for many centuries past resulting in substantial portions of the land’s people forced to be converted to two exotic faiths, the bigots among them instigating feelings of division, thus disrupting peace and harmony in the life of land’s people.

The measure of some sections of the land’s diaspora being bestowed certain privileges and preferences, ostensibly to transform the grossly divided populace into an inclusive society has not only met with partial success even after seven decades following the measure but also created all-too-familiar social problems, apart from leaving the rest of the population irked. It cannot be gainsaid that the country’ democratic set up has been made a mockery by the vote-focussed political class grabbing the masses into their grip using tainted money and ugly muscle power. Prosperity of the nation in some pockets and life of comfort for people in a minor portion of the country’s population don’t see the elected representatives of people at the helm in good light.

Given the social fabric of the land virtually in tatters due to factors not far to seek and also the brittle as well as volatile nature of relationships with countries that count across the world, India finds itself between the devil and the deep-sea as it were.