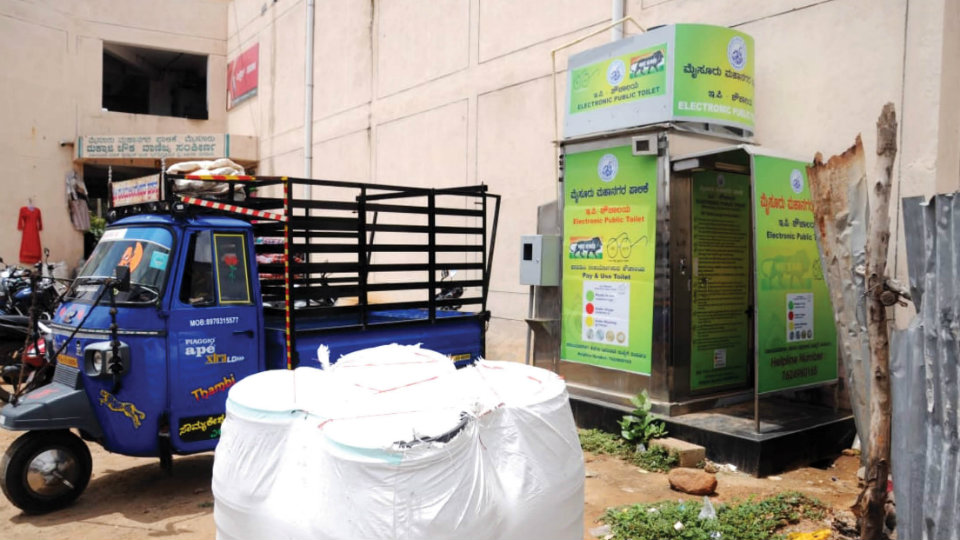 Mysuru: Is the last vestige of freedom to ease oneself in public a thing of the past? Yes, going by the decision of the Mysuru City Corporation (MCC) to fine people (men) urinating in public places. Already, 250 people have been penalised since last March and the operation is going on silently.

There is a rule that one should not urinate in public. However, in spite of repeated warnings, majority turn a blind eye to this rule by the MCC and urinate wherever there are open spaces or walls.

Hence, the Corporation has decided to crack the whip by fining the people who disobey the rules. MCC Commissioner K.H. Jagadeesha, who held a meeting recently in this regard has directed the Assistant Commissioners of nine zones to impose fines on people urinating in densely populated areas.

He has given authority to MCC Health Officers, Health Inspectors and the Environmental Engineers of all the zones to impose fines. The first time offenders will be fined Rs.100, second time Rs. 200, third time Rs.500 and finally if they are repeat offenders then cases will be registered in Police Stations.

MCC Health Officer Dr. D.G. Nagaraj, speaking to Star of Mysore here this morning, said that though the fine amount has been fixed, they are not still imposing them fully. However they have fined people Rs.50 to Rs.100 and proper receipts have been given. But people from surrounding villages, who plead innocence that they are not aware of the fines, are let off with warnings.  “It is sad that though MCC has taken a lot of efforts to build public toilets including e-toilets, people do not use them and prefer to use open spaces,” said Dr. Nagaraj. “The operation to fine has begun and it will be continued in the future as the habit of people urinating in public affects the environment,” he said.

There are many toilets including e-toilets constructed every 500 metres apart in the heart of the city. The public must use these facilities. It is very embarrassing to catch people urinating in public and fine them. Hence, the public must understand and follow the rules.