Home » News » Drainage works on N.S. Road to be completed in 4 days 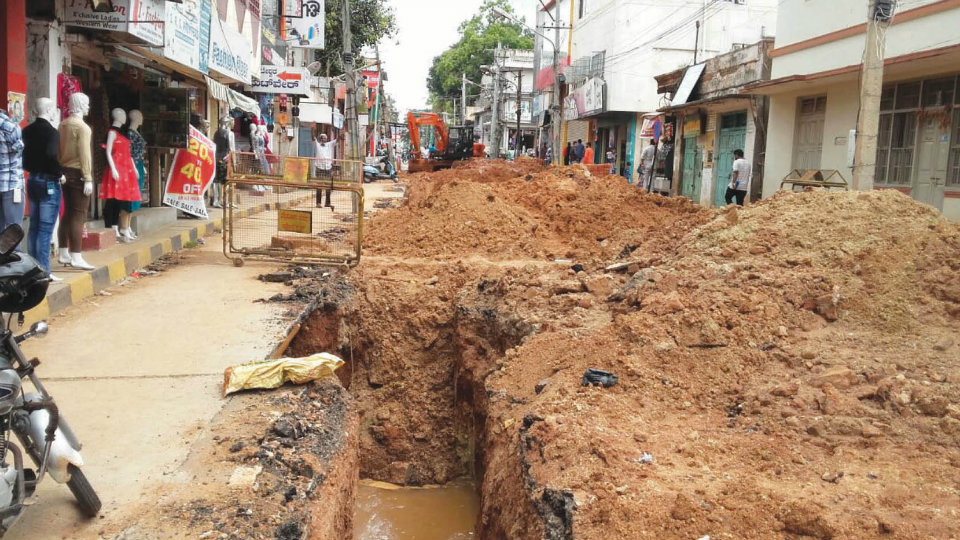 Drainage works on N.S. Road to be completed in 4 days

Mysuru: The underground drainage (UGD) near the junction of Narayana Shastry Road (N.S. Road), Devaraj Urs Road and Vinoba Road will be completed in four days and the road will be thrown open for traffic, said Mysuru City Corporation Commissioner K.H. Jagadeesha.

He said that works on laying pipes to the UGD were on and the pipes will be linked to the manholes so that waste can flow in an uninterrupted manner. “I have directed our engineers and contractors to speed up the work on a war-footing as it is a crucial link for motorists,” he said.

The lack of coordination and cooperation between departments and government agencies and the resultant delay in completion of the work on the UGD on Narayana Shastry Road has irked the public. The work that began 20 days ago has caused severe inconvenience to the school and college going students and the public. 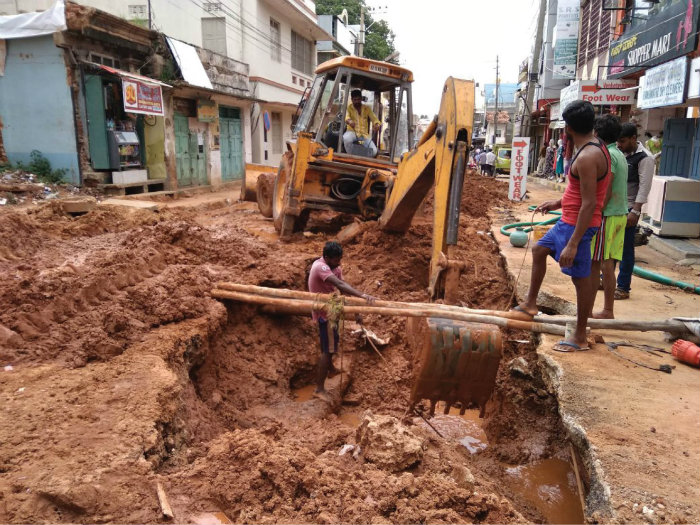 The road has been dug up completely and it is at present difficult even to walk. Shop owners and public have alleged that backhoe (JCB) machine works for just one hour in a day while the rest of the time is wasted. This is a very busy road as Maharani’s College, Sadvidya and Marimallapa’s schools and colleges, DC Office and Railway Station are all close by and it is a connecting road leading to all these places.

A few citizens, speaking to Star of Mysore, said that since there is lack of coordination between the Vani Vilas Water Works Department, PWD, MCC and Chamundeshwari Electricity Supply Company (CESC), the work is getting delayed. They alleged that they are forced to take a detour to reach different destinations as the road has been dug up completely.

The department which has taken up the UGD work is blaming CESC for not removing the electric poles as they have not got orders to remove them. There is also a fear of drinking water mixing up with the UGD water. Besides, there are incidences of people falling into the ditches dug up, during night. Hence, the residents and locals have demanded the work to be completed at the earliest.