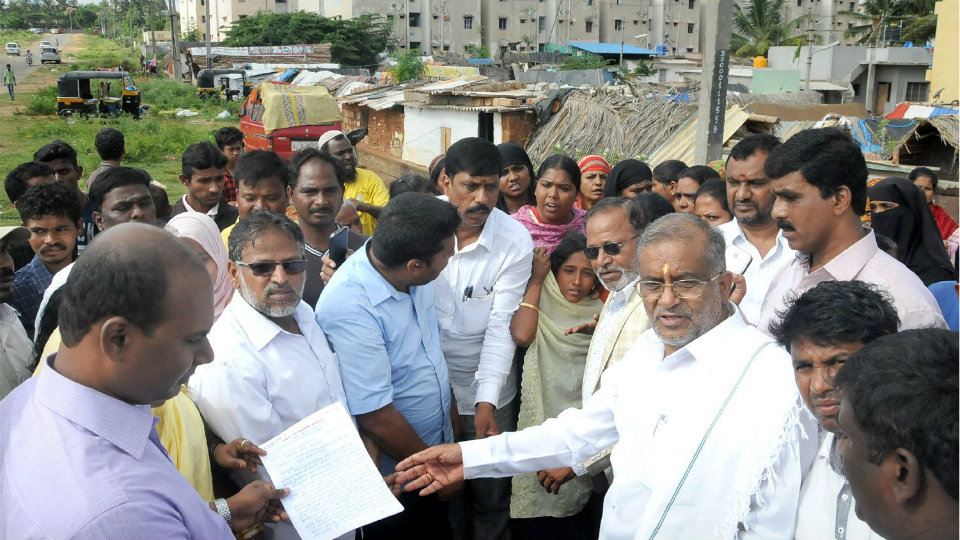 Mysuru: Residents of Bharatnagar, located in Satagalli Gram Panchayat limits, submitted a memorandum to the Deputy Commissioner D. Randeep during his visit to JNNURM apartments constructed by the Karnataka State Slum Clearance Board (KSSCB) this morning. Around 400 residents, who gathered in front of the apartments allotted to them, alleged that they had been neglected by not providing them basic facilities. The residents apprised DC about the MCC not taking measures to take over the maintenance of the locality despite ZP CEO writing a letter requesting for the same.

They also said the UGD had been blocked since many days and people also suffered a lot with water entering their houses especially during the monsoon.

Residents also demanded for a PHC, higher primary and high school, local bus facility, community hall and park in the locality. The residents also urged the DC to take measures to provide shelter for around 300 families who were still living in sheds. 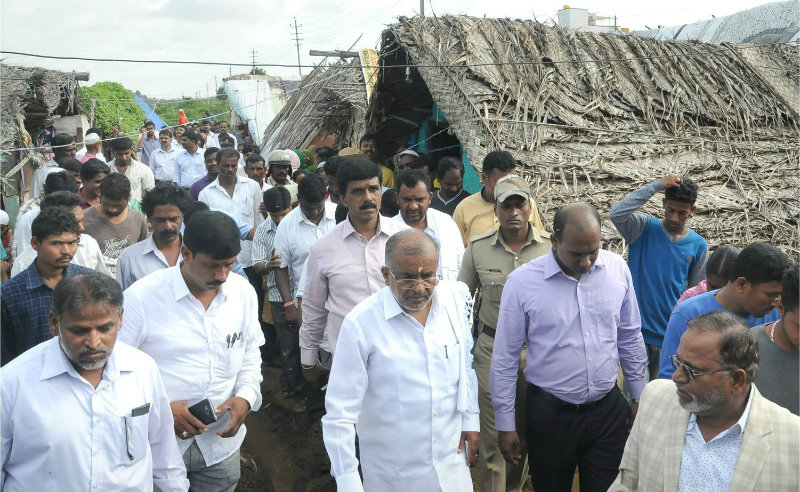 Later, the DC promised to look into their demands and said that he would soon order for the concerned authorities to take up the cleaning works immediately.