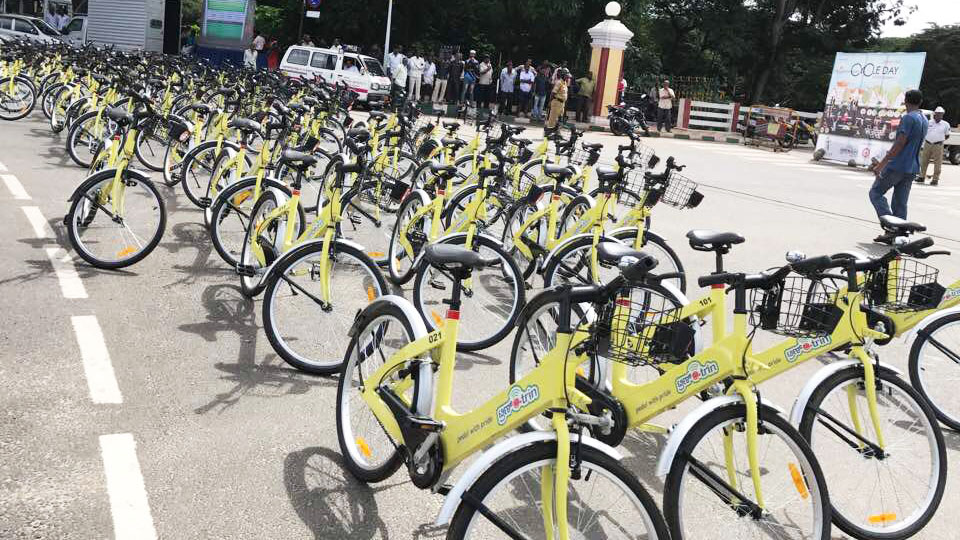 This was disclosed by Deputy Commissioner D. Randeep who held a meeting yesterday in his office here to review the performance of the project which was launched two months ago.

Randeep said that the PBS system has evoked good response from people who want to protect the environment. He disclosed that the Corporators have sought Bicycle Docking Stations in all their Wards which would be considered in the second phase of the project.

DC D. Randeep held a meeting in his office yesterday to review the performance of ‘Trin Trin’ PBS system launched two months ago.

Earlier to the meeting, a review team from Bengaluru evaluated the efficacy and efficiency of the system. They found that the bicycles were built to suit all ages of people claiming that the unisex model was an added asset. The team suggested the DC to adopt Bhopal model for ‘Trin Trin’ where bicycle lanes were painted red symbolising red carpet welcome for bicycle users. Incidentally, Bhopal is the second city after Mysuru to adopt the PBS system.

Randeep said that MCC has been asked to identify roads to have exclusive bicycle lanes. He expressed a desire to popularise bicycle as a mode of transportation to reach more households.