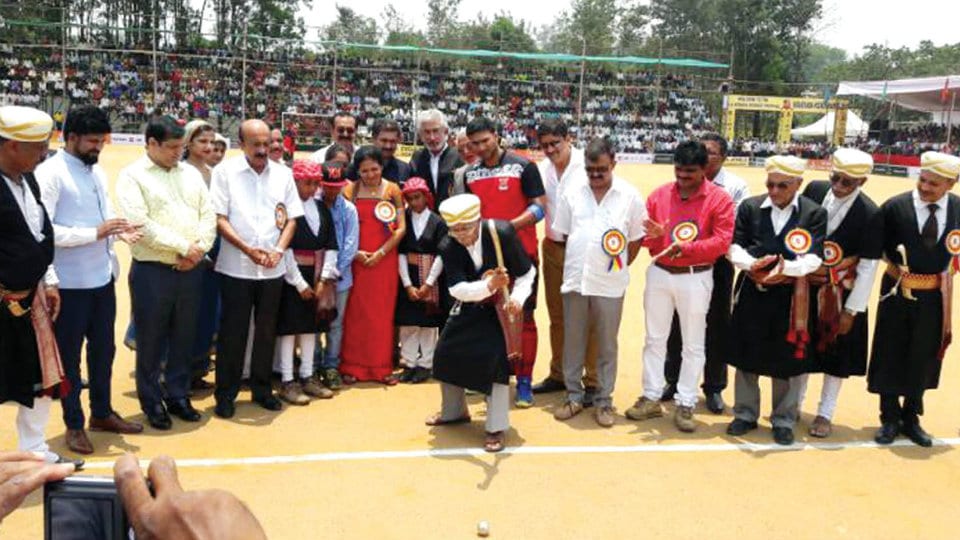 This year, the tournament has been named as Biddatanda Hockey Namme as it is being conducted by Biddatanda family.  The tournament was inaugurated by Olympian and the legendary hockey player A.B. Subbaiah here.  The inaugural match was played between V.R. Raghunath led Rest of India and Indian Army’s Coorg Regiment.

The organisers have built new metal galleries for the spectators to watch the matches. This apart, separate technical division, media gallery, VIP gallery and eatery stalls have also been established at the venue.

Kodava Family Hockey Namme Founder Pandanda M. Kuttappa, Biddatanda Family Pattedar Prof. B.C. Ponnappa and others were present at the fest which ends on May 14. 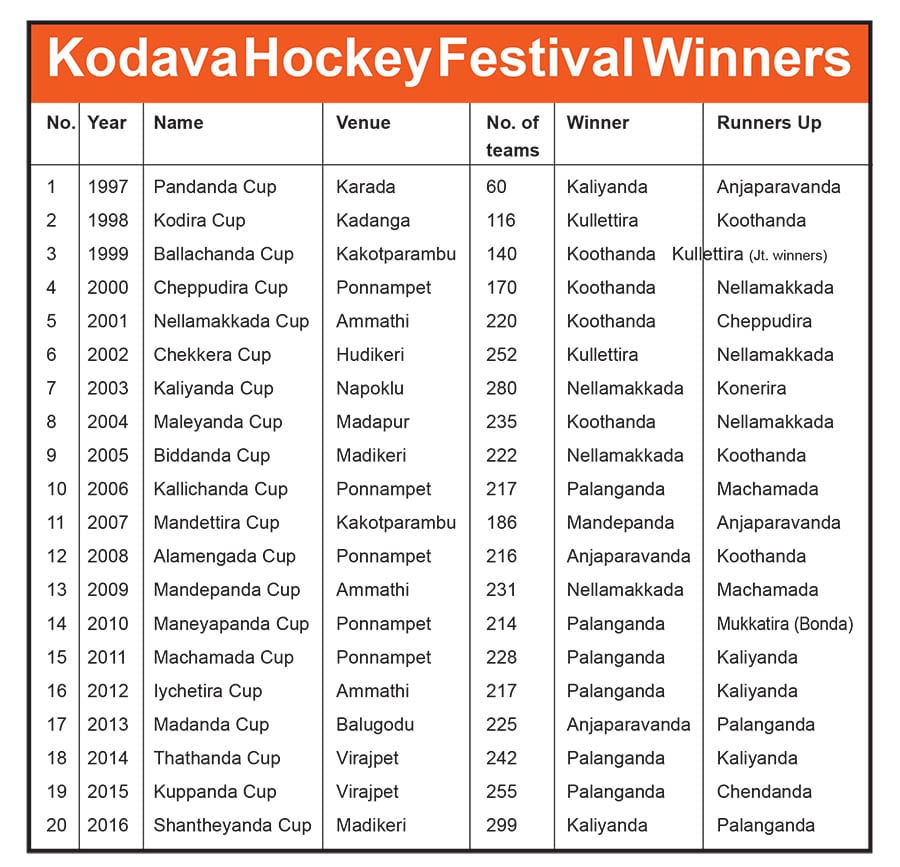