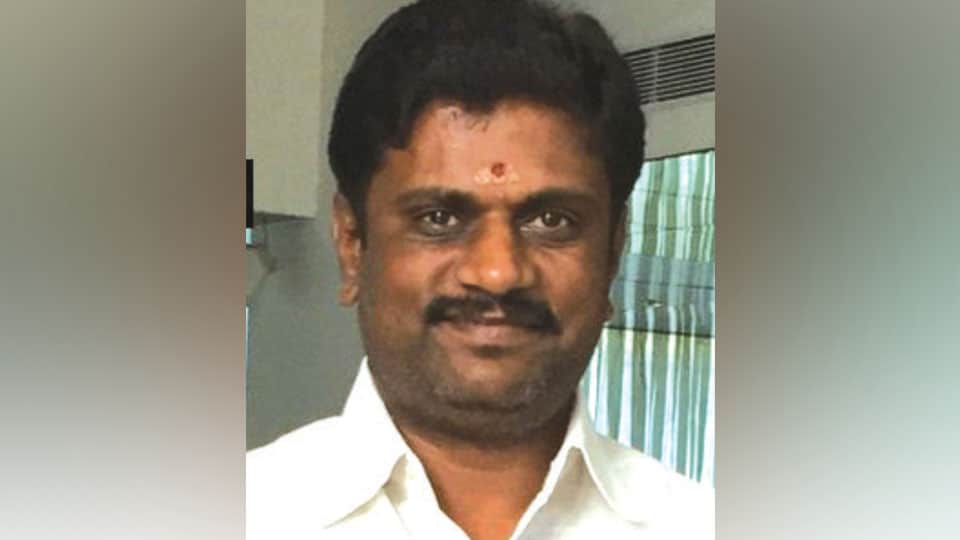 A 38-year-old BJP leader was hacked to death by unknown assailants in the wee hours of today near Bommasandra, South East part of Bengaluru. The victim has been identified as Vasu alias Srinivas alias Kittaganahalli Vasu.

Assailants blocked Vasu’s car at around 5 am, pulled him out near BTL Institute of Technology and then hacked him to death in Bengaluru’s Surya City Police Station limits, Police said. A case has been filed and a manhunt is on to nab the accused,  he Police added.

Following the murder, tense atmosphere prevailed in and around Bommasandra and the Mysuru-Bommasandra Road was blocked by irate BJP and other right wing activists. The Police had to resort to mild lathi charge to disperse the mob. Activists squatted on the road and burnt tyres.

On the motive behind the crime, Bengaluru Rural Superintendent of Police Vinit Singh said, “It is too early to comment on it as we are investigating the case.”

On Oct. 16 last year, an RSS worker was hacked to death in Bengaluru, which triggered massive protests by BJP and RSS workers. Reacting to the incident, RSS Media Coordinator for Karnataka, Rajesh Padmar said that the State Government should take strong steps to stop such politically-motivated killings.

He also demanded an immediate and an impartial probe into it. “In the last two years, more than 10 RSS-VHP-BJP activists have been killed in Karnataka. It is a dangerous development in a democratic set-up,” Padmar said. He also said that the deceased was a soft-spoken person and has no criminal cases against him.

Vasu belonged to the Bommasandra Municipality in Bengaluru. His wife is a Zilla Panchayat Member. Though the reason for his murder is not known as yet, a tiff over a piece of land is possible, Police said.

Former Karnataka Chief Minister and State BJP President BS Yeddyurappa has condemned the attack and in a tweet has attacked the law and order situation under the Congress Government.