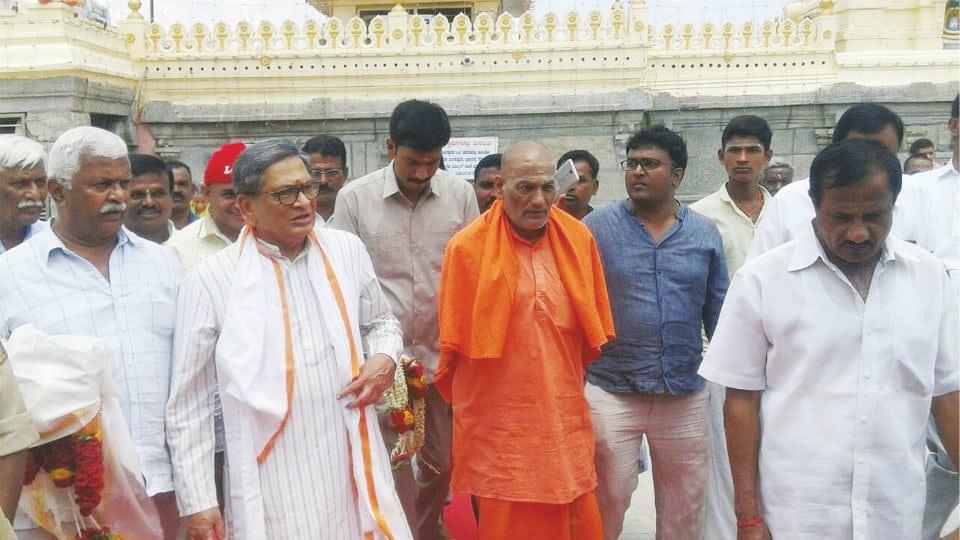 Krishna, accompanied by his wife Prema, performed special pujas at the temple as Lord Mahadeshwara is said to be the home deity of Krishna.

Speaking to presspersons later, Krishna said that the visit to the temple was just to have a darshan of the deity which should not be attributed to anything else. He declined to talk on politics at the temple. He recalled that he used to come as a kid to the temple with his parents on foot, but now in a helicopter. He reiterated that it was just a regular annual visit.