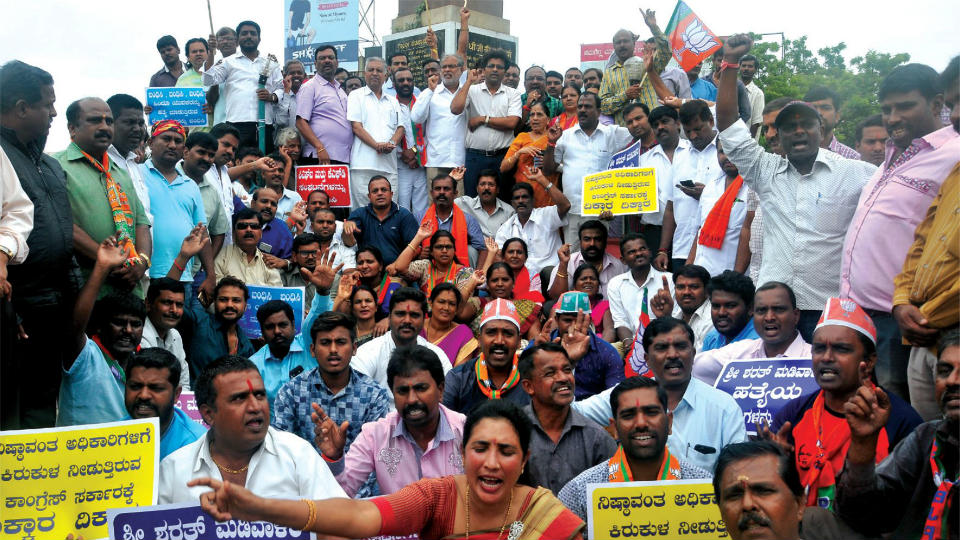 BJP stages protest against breakdown of Law and Order

Mysuru: Alleging complete breakdown of law and order in the State, the City and District BJP units, as part of a State-wide protest, staged a demonstration in the city this morning.

Addressing the protesters at the demonstration organised by the city BJP unit at Gandhi Square, former Minister and MLA Suresh Kumar said that the murder of RSS activist Sharath Madiwala at Bantwal and the Parappana Agrahara jail row are only a few examples of the State Government’s administrative failure.

Claiming that RSS workers and activists of Hindu organisations were relentlessly targeted in the State, Suresh Kumar demanded an NIA (National Investigation Agency) probe into the murder of Hindu activists.

Maintaining that the Home Minister too was responsible for incidents in Parappana Agrahara jail, Suresh Kumar strongly condemned the transfer and harassment of honest officials. Taking a dig at the Siddharamaiah Government, the former Minister said that proposing a separate State flag was nothing but a polls stunt and the members of the Committee formed to design the State flag, themselves were not aware of being in the Committee. 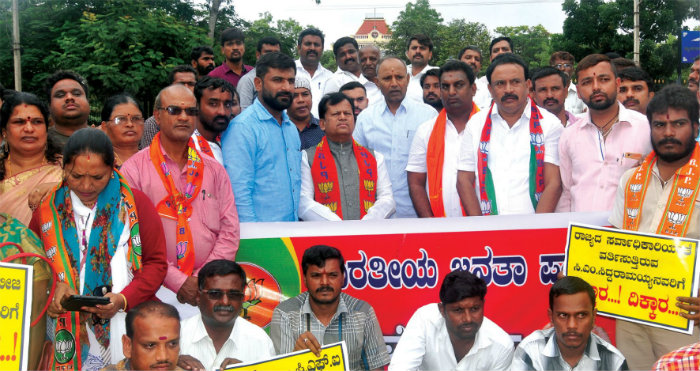