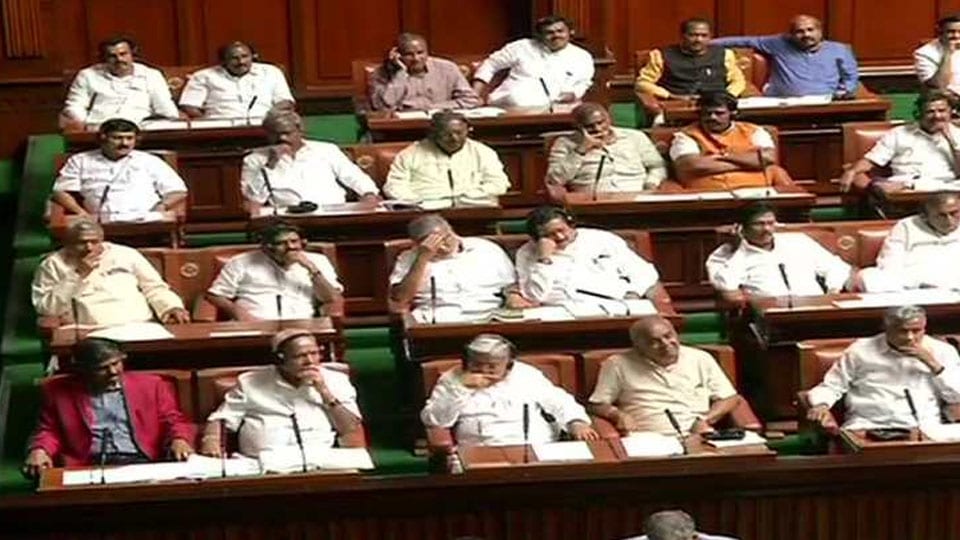 Bengaluru: The BJP’s gambit of “talking less and listening more” paid off in the Legislative Assembly yesterday with six days of patience and hard work helping the party defeat CM Kumaraswamy’s confidence motion.

“It was not easy to be quiet, with Treasury Bench members attacking senior leaders of our party with all kinds of allegations. It required a lot of patience and planning,” BJP member Aravind Bellad said.

Ahead of the Trust Vote, the party had given MLAs J.C. Madhuswamy, Jagadish Shettar, Basavaraj Bommai, S. Suresh Kumar and C.T. Ravi the task of dealing with questions by the Speaker and members of the Congress-JD(S) Coalition. “It took us two days to convince Yeddyurappa not to react to tantrums by the Treasury Benches,” said a senior BJP leader.

Even BJP leader K.S. Eshwarappa, who is known for his verbal diarrhoea, had to sit quiet in the session for six days with his mouth shut. He told fellow Legislators that it was a punishment to sit silent when the ruling party members traded charges against BJP.

“On several occasions, our MLAs had to sit in the House for five to six hours at a stretch. MLAs who are diabetic or have heart conditions went without food because the Speaker could have taken up the Trust Vote at any point of time,” another BJP leader said.