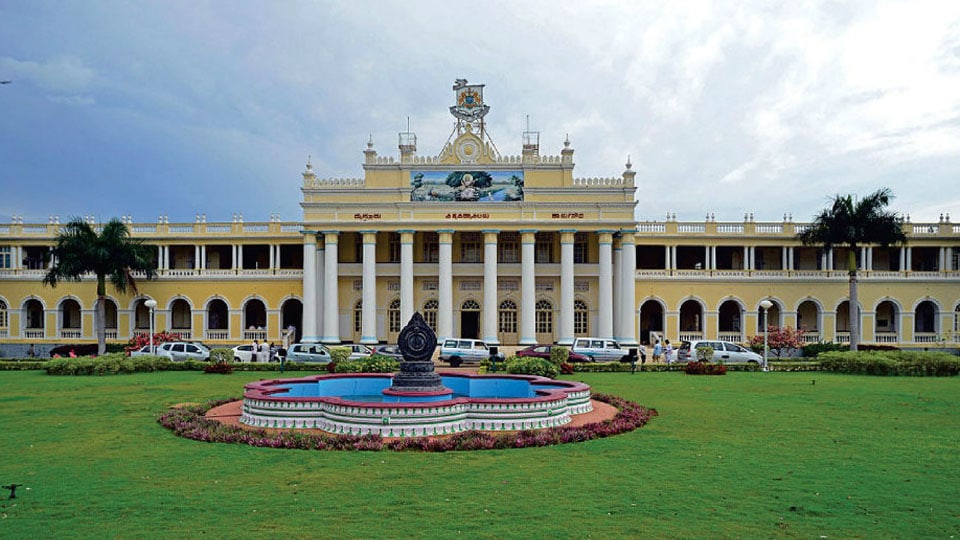 Mysuru: The University of Mysore (UoM) has not had a full-fledged Syndicate since the last one-and-a-half years. The H.D. Kumaraswamy-led Congress-JD(S) Coalition Government had made fresh nominations to the Syndicates of State Universities including the UoM.

The nominations which come into force with immediate effect, will remain for a duration of three years or till further orders, whichever is earlier. But the nominations have come at a time when the Coalition Government has fallen and this is a cause of concern for the nominated members as it has not been uncommon to see the tenures of Syndicate Members ending prematurely, whenever a new Government assumes Office.

There are many such instances like the recent one of a Governor’s nominee being withdrawn six months after his nomination. The new one who was appointed in his place is still awaiting the original order, said a source in the University.

There are conditions which have to be filled before a Syndicate Member occupies the Office. The University will scrutinise all the supporting documents presented by the Member and only after it is satisfied, will the notification be issued, said the source.

Even though the tenure is for a duration of three years, there is no guarantee that the newly- nominated members will continue as their tenure can end prematurely with the new Government taking over. Moreover, under the Pleasure Doctrine, the Governor or the Government has the power to withdraw the nominations, the source said.

It is not only the Government that is changing but the tenure of the Governor is also expiring next month and once a new Governor comes, and then it will be at his or her pleasure to either retain the Syndicate Members or nominate new ones.

In all, there are 21 Syndicate Members out of which six are Government nominees, two Governor nominees and the remaining ex-officio members including the Vice-Chancellor, Registrar and Registrar (Evaluation).

At present, there is only one Governor nominee in University of Mysore, who is one of the youngest Syndicate Members.