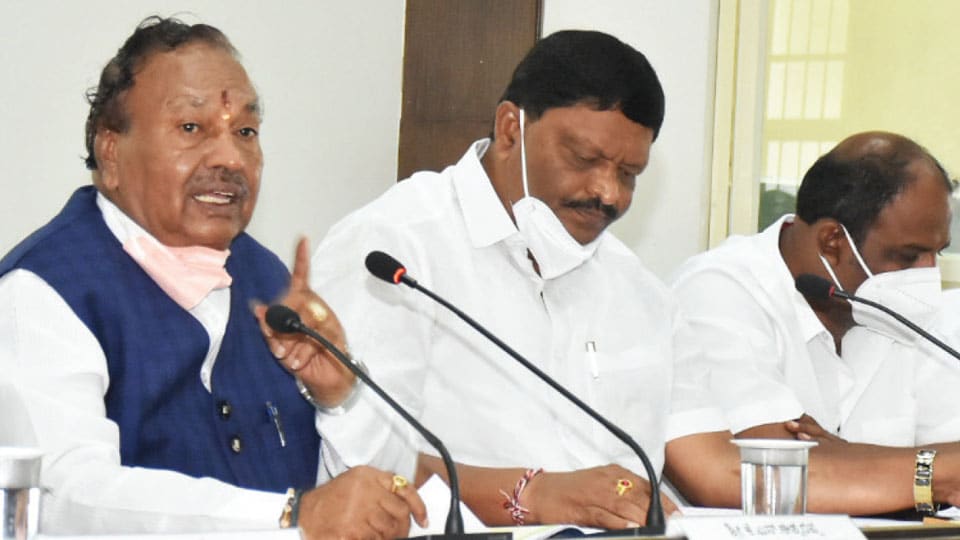 Mysore/Mysuru: Rural Development & Panchayat Raj (RDPR) Minister K.S. Eshwarappa has directed officers concerned to complete all works taken up under ‘Jal Jeevan’ Mission, a Government of India programme aimed at providing drinking water to rural areas, before the end of this month.

He was reviewing the progress of RDPR Department in Mysuru district at the meeting held at Zilla Panchayat (ZP) auditorium yesterday morning.

The Minister said a total of 753 works have been taken up at an estimated cost of Rs. 294.78 crore. While work orders have been issued for 712 works, other works were yet to get it. Already, 608 works have commenced.

Since it was the Central Government programme, officers must not neglect it and ensure its completion at the earliest. Contractors who fail to complete the works within the deadline, must be blacklisted, he added.

Eshwarappa directed the Executive Officers of all taluks to release 10 percent cost of the total project cost to contractors before the commencement of works. It has been brought to his notice that the Executive Officers of many taluks had not released money to contractors which had held up the ongoing works. “You release 10 percent of money and strictly tell contractors to complete works before July 31 failing which blacklist them without any mercy,” the Minister added.