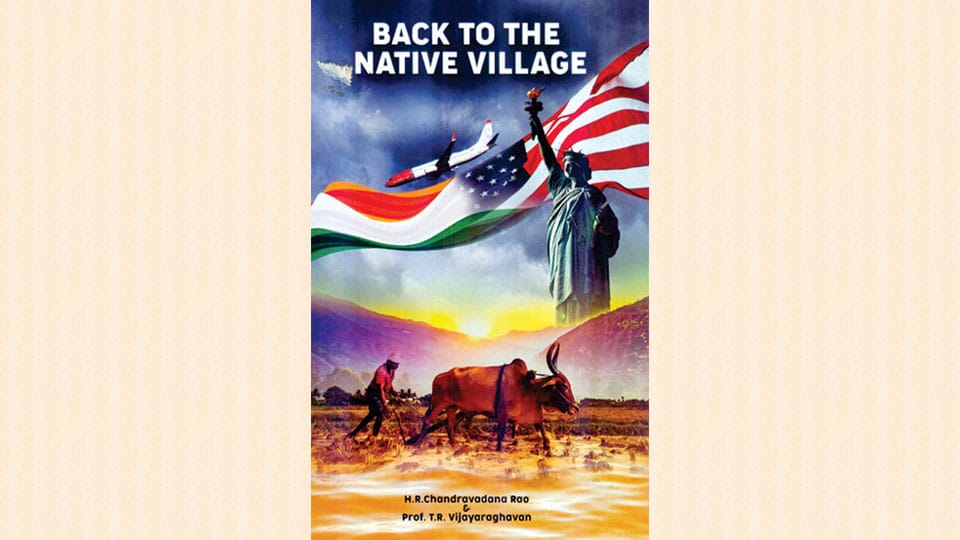 Title:      Back to the Native Village

The narrative of prose fiction, being shorter than a novel and longer than a short story by the authors, rich in sentimental tone, originally written by the first author in Kannada under the title (Marali Hallige) brings to mind the work of American Novelist Pearl S. Buck (1892-1973) titled The Good Earth (1931) in style, while this work is a blow-by-blow account dramatising the life of a village boy, a typical of the likes of India’s gen next.

Given the yawning gap between the attractions of living in supreme comfort in cities and depressing conditions in the land’s villages triggering exodus of rustics in search of livelihood, the novel’s central character Neelakanta stands out by virtue of his steadfast, single-minded pursuit of excellence as a student and as an ideal son first and a kind parent later in life. His rare qualities of agreeable family and social conduct with the underlying message of humility and gratitude may be missed by readers amidst the elaborate presentation of life’s events in their greatest detail.

The lines of the foreword by a reputed littérateur serve as the summary of the work, presented in four chapters including his selfless monumental contribution to transforming the village of his birth, Kallur (a few miles from Mysuru on the road to Kollegal as stated in the novel) from a non-descript hamlet into one of all round prosperity. If the life of Neelakanta Bhat of Kallur, built brick-by-brick as it were with many citizens extending their help to him in multiple ways, as narrated by the authors in a highly readable manner can change the mindset of typical youths chasing greener pastures abroad, the authors are sure to feel amply rewarded.