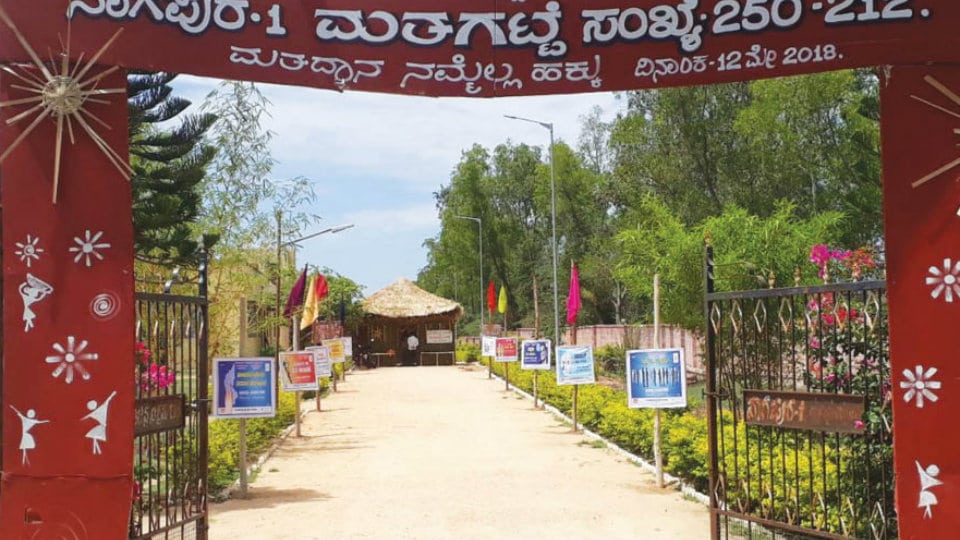 Mysuru: The Mysuru District Administration has plans to establish separate Polling Booths this time also for tribals as it was done in 2018 Assembly elections. The aim of setting up such booths was to attract tribals, who seldom vote and get busy with their routine work, to vote.

Tribal Polling Booths (Ethnic Booths) will be set up in tribal-dominated areas for the elections to Mysuru-Kodagu Lok Sabha seat. However, the Administration is yet to decide on their numbers but such Booths will be established this time too, said Deputy Commissioner Abhiram G. Sankar.

Tribal voters, most of whom are labourers, are usually discouraged from voting and they are forced to travel without proper public transportation. There is also the possibility of losing daily wages. To discourage this, Ethnic Booths will be set up near tribal hamlets to encourage voting.

Booths portraying tribal cultures were set up in Hunsur and H.D. Kote taluks during the 2018 Assembly Polls and tribal leaders and voters had welcomed the move under Systematic Voters’ Education and Electoral Participation (SVEEP) programme for drawing voters to Polling Booths.

The Polling Officials at the Ethnic Booths wore traditional peta (headgear), white shirt, dhoti and shalya. The painting of tribals in dance costumes hung to the trunk of the coconut tree was another attraction at the Booths.

Also, on the EC’s directive, steps will be taken to bring people with physical disabilities to the Polling Booths in Government vehicles and drop them back at their homes after voting, the DC said. The district has 18,932 disabled voters.