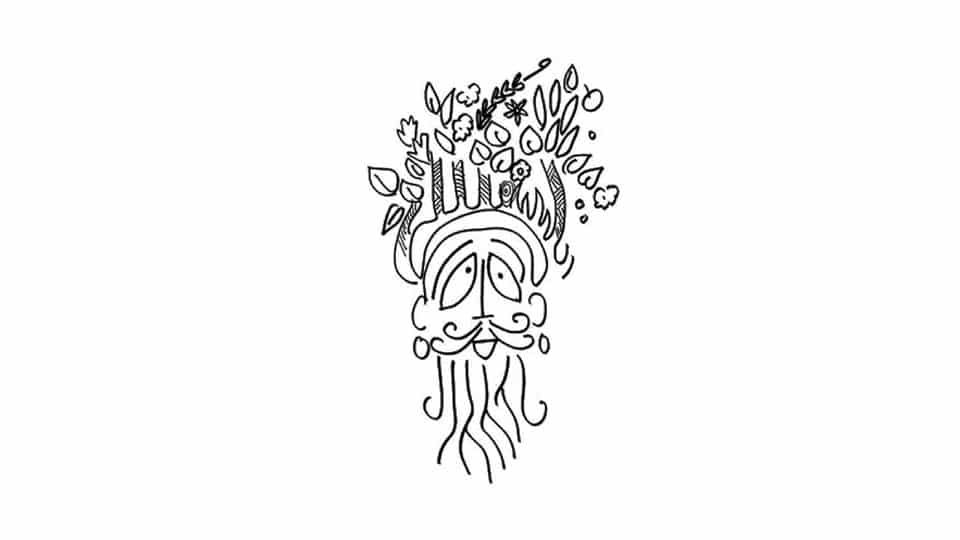 Plants play a key role in Hindu mythology. Plants are seen as sacred, sometimes deities by themselves, and sometimes as key offerings in a ritual. It all starts with the veneration of Soma, a mysterious hallucinogenic herb, referred to in the Rig Veda that is simultaneously a plant and a God. The herb is crushed and its juice filtered in an elaborate ritual designed to invoke and appease Indra, the chief Vedic God, via Agni, or fire. In the Atharva Veda, additionally, we find a veneration of darba grass, bhang and yava, which could mean barley or rice. Today, 3,000 years later, rice and darba grass are still part of Hindu ritual, revealing continuity. We don’t know still what Soma was, and why Bhang (or Cannabis Indica), offered to Shiva and Balarama in temple rituals and during certain festivals, is shunned in mainstream.

The Vedic Aranyani, Goddess of the forest, is today still worshipped in rural India as Vana-devi, or Vana-chandi, or as Bon-bibi in Sunderbans, revealing the close association of plants with the Goddess. In art, one of the most popular fertility images involves a woman holding the branch of a sal or Ashoka tree. This is the salabhanjika, or the woman holding a branch of a tree. This was the position held by Buddha’s mother when she gave birth to him. Thus, trees were sacred to Buddhists too. Buddha attained wisdom under the pipal tree, Mahavira under the sal tree. The Rayan berry is sacred to Rishabha, the first Tirthankar of this age. Hindu monks are often seen under the banyan or vat tree. Vishnu is visualised as a baby floating on the leaf of the vata tree. In the Bhagavad Gita, Krishna associates himself to this tree. This tree, that grows near crematoriums, is also linked to ghosts and tree spirits.

During Navaratri, Durga is seen as Shakambari, the mother of all vegetation. The nine forms of the Goddess worshipped during the nine days are actually nine plants with various medicinal properties and rich in starch. The nine plants (nava-patrika) include: banana, turmeric, pomegranate, bilva, rice, ashoka, (almost extinct) jayanti, arum (yam) and taro (arvi). The nine plants are tied up using the aparijita vine, whose flowers resemble the female genitalia. They are worshipped as Kola Bau, or the lady of the house. Some see Kola Bau as Ganesha’s mother and others as Ganesha’s spouse. On Dussehra Day, in Maharashtra, people distribute sona (apta) leaves because they resemble gold coins and so indicate prosperity. It’s a medicinal plant with multiple uses. Its leaf is also used for producing beedi, the traditional Indian cigarette. Earlier, people smoked the leaf for curing a cough, but, later, when tobacco came to India, the leaf was used to wrap tobacco, which made it an addictive and carcinogenic smoke.

Speaking of Ganesha: Traditionally, his worship that preceded Durga’s worship, involved the offerings of 21 plants (patra-puja): shami, bhringi, bilva, durva, ber, datura, tulsi, sem, apamarga, bhatakataiya, sindoor, tej, agastya, kaner, kadali, arka, arjun, devdar, gandari, marua, and ketaki. Most of these are medicinal plants, some rather toxic. Today, no worship of a deity is complete without use of coconut or betel leaves and areca nuts. In South India, there are sacred groves full of sandalwood, tamarind and neem linked to snakes and Goddesses, and protected. All this reveals the great value given to vegetation in ancient India. They were seen as the first forms of the divine, born of Brahma’s hair.