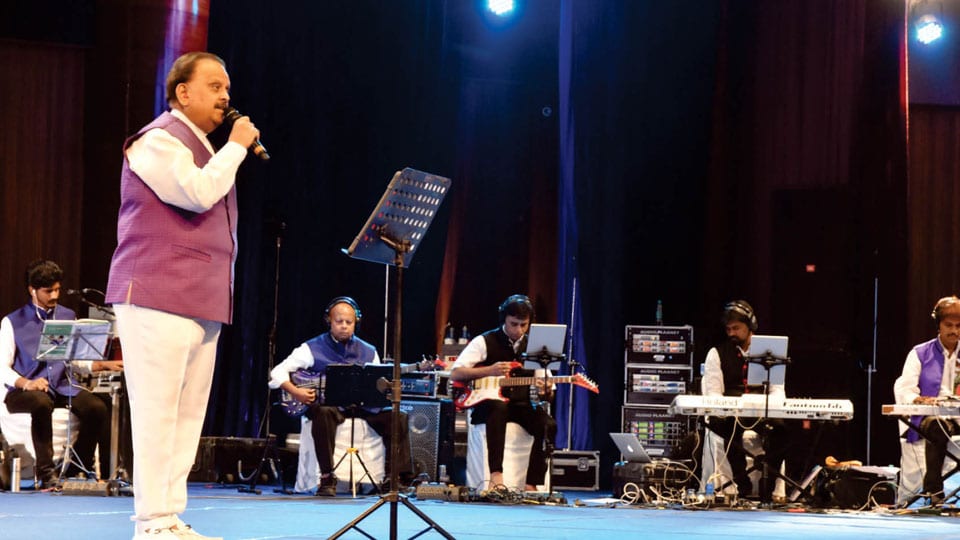 A legend of music is no more. I really do not know if there is any other adjective to describe someone who has 40,000-plus songs in 14 languages to his credit. Many of these songs were sung free to help a friend  in distress  too.

The pandemic, which is now spread across our country, has taken its toll. The only saving grace,  S.P.  Balasubrahmanyam (spb) was declared Corona-free before his actual demise, hence his relations, friends and his thousands of admirers/ fans could have a darshan of this great singing maestro.

When a movie becomes a hit, the hero and the heroine normally get all the credit, but it is a fact that many a movies have become immortal because of the music  in those movies and, of course, the golden voice of spb or Balu  as called by his peers and close friends. Somehow spb had a special place in his heart for Kannada and has mentioned it several times in his talk shows and interviews. Most of his songs in Kannada incidentally were hit songs and as time progressed, he developed a knack of changing his voice subtly to suit a particular actor. If one recollects, in the sixties there were hardly any playback singers in the market and one T.M. Soundararajan (tms) used to sing both for the Tamil idols Shivaji Ganesan and M.G. Ramachandran (mGR). As soon as one heard the song, one would know that it was a Shivaji  or mGR song. Subtle changes. Spb also developed this trait as he sang for scores of heroes in so many languages.

Today my WhatsApp was full of special songs sent by his admirers and fans. One such video caught my eye. His doing a pada seva to his senior, another legendary singer K.J. Yesudas, whom he respected. It is said that he pulled up the organiser of an event for putting his name in front of Yesudas in an invitation !

His philanthropy is very well-known. For the last 20 years, he has been the Patron-in-Chief of Karnataka Haemophilia Society, Davangere. He performed freely every year raising funds for the treatment of haemophiliacs which helped thousands of patients. Through an article in sOM, I also came to know how he has performed for fund-raising for our own SVYM, Mysuru.

I had the privilege of meeting this unassuming Padma Vibhushan spb, a multi-talented personality, when he had come for a shooting of a Telugu film at Lalitha Mahal Palce hotel. Film shooting is a boring affair and stars have to wait inbetween shots for hours together. Spb  used to keep himself busy with some book and quietly sit in the lobby reading. I went and introduced myself. He smiled, said hello and went back to his book. Everytime I passed by, he would look up, give a broad smile and go back to his book.

Once I was talking to a production assistant and he said, sir, if you want to converse with spb, quietly tell him that you are a big fan of Rafi saab. So next time I met spb,  I innocently started to talk on Rafi saab and his music. Spb laughed aloud and told me “Has somebody in the film set told you this trick.”  I sheepishly told him, yes. The ice was broken and we started to talk of various subjects since both of us belonged to glamorous fields, that is hotels and films. There were plenty of anecdotes to share.

READ ALSO  A chain of goodness does exist

I distinctly remember asking him if  it was possible for stones to melt or rains to fall with the sheer power of music as shown in movies. His answer, “I have heard of several hermits levitating in Himalayas. Several Zen masters can push you with sheer power of yoga without touching you. All this is hearsay and i have personally not seen  these extraordinary feats. So if a musician is able to achieve  yogic powers with meditation  and tapasya, these things you mentioned, like getting a rain to fall etc., may be possible. I do not have this power nor anybody I know. Rest I leave it to your imagination.”

Though I offered to host a meal several times, he would always eat the food offered by his unit. Last day of his visit, I somehow tempted him to have a scoop of the famous “Fig and honey”  ice-cream.

A gentle giant. Sir, we will miss you. You were blessed by Ma Saraswathi. Otherwise how could you sing such classical songs with ease without a formal training ! You live through your immortal songs.