Home » Columns » Karnataka Tourism at Crossroads: Jalapathotsava fiasco. Whose money is it anyway! 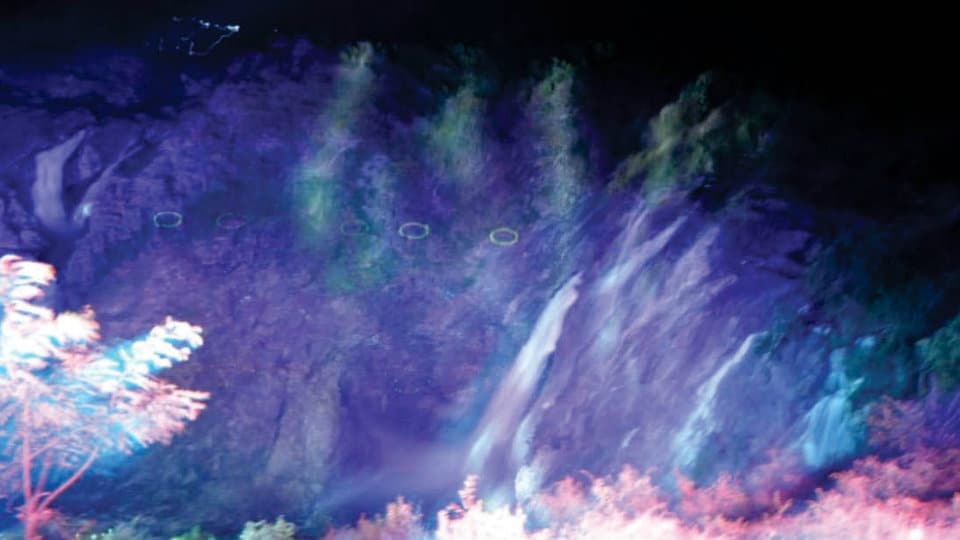 Karnataka Tourism at Crossroads: Jalapathotsava fiasco. Whose money is it anyway!

The latest fiasco of our Tourism Department: The much-hyped Gaganachu-kki Jalapa-thotsava, a waterfall festival plan-ned for viewing the falls sans water.  These waterfalls are a beauty to watch during the monsoon but in other periods, it is just another hillock. The farmers were right. Why waste precious water in a dry month to bring the falls alive? It was a foolhardy idea to plan a festival in the month of January, waste precious water, time and energy of the local tourists who came to view the so-called falls. They were absolutely disappointed as they could see more rocks than water. Of course, the helicopter ride was considered a success. The Department had showcased some folk dances on the dais but  nobody would come all the way to watch folk dances near the falls.

Why do the Tourism Officials come up with such bizarre ideas or gimmicks? Simple. To please the political masters. And secondly, to finish the budgets allotted for the year. Why is that nobody has thought of having an International Yoga Festival at Mysuru, the so-called yoga capital of India?

Every year, just one month before the International Yoga Day, our administration wakes up and spends lakhs of rupees on organising a Yoga Day, the purpose is to somehow  break the Guinness World Records. Why the same effort is not made to promote a Yoga Festival which can be an annual affair ? Once it becomes an annual affair, the travel agents abroad put those dates in their calender of events  and market it.  Yoga is a hot topic internationally and this can be a big draw to this city. At present, we get about 5,000 yoga students a year to this city. Imagine, if this is doubled, the  economic  benefits to this city.

It is not easy to get together the different schools of yoga in the city to come together for their  own good. The Confederation of Indian Industry (CII) tried their best and failed in this effort. But I am sure that the Government if it puts its mind into this effort it can be  done. This city needs another festival apart from Dasara to attract tourists and what better than an International Yoga Festival?  Opposite to the Lalitha Mahal Palace, the Government has a boundaried 35 acres of land parcel, an ideal location for a Yoga Festival.

Somanathapura is the poor cousin of Belur and Halebid. And hardly marketed, in spite of being as good as the other town temples in terms of grandeur.  Why not try to have a dance festival  arranged in this temple on the lines of Khajuraho Festival at Madhya Pradesh? The lighting techniques have improved drastically and nowadays cold lights are provided which do not damage the temple structures.

Providing parking, toilet and lighting facilities are a one time expense and this money can easily be made available from the Central grants.  Of course, just like Dasara, top-notch artistes have to be invited for this festival and this can be planned during Sankranthi week to ensure good public participation too. Another annual affair.

When Lalitha Mahal Hotel was handed over to the State Government from iTDC, it was announced that efforts will be made to tender the hotel to be run by top international hotel chains to ensure that this hotel becomes a real jewel in the crown of Karnataka.

The Jungle Lodges & Resorts are in 3-star range and they just do not have the expertise to run a deluxe hotel. If it continues to run this magnificent hotel, it will also get converted into another 3-star range hotel in due course of time. Care has to be taken that the tender should be made in such a way that the local hoteliers with political connections do not apply.

Every year tourism officials without fail  attend Tourism  Marts all over the world. Perk of the job one may say. But the way the Karnataka Tourism is faring internationally, it is very clear that no work is being put in these Marts by our officials. Most of the Marts is an education for the  buyer as these stalls display  new products and destinations. It is a great platform for new innovations, products and ideas. Most of the time appointments are fixed well in advance with major tour contract managers so that new destinations or products are displayed and sold. Run-of-the-mill displays hardly enthuse these buyers. But our officials go to these Marts on an annual pilgrimage, stand, enjoy local tours  and come back with not a single new buyer.  Is it not time the Minister asks for some accountability for these foreign jaunts?

With great fanfare, our Maharaja was appointed the Brand Ambassador of Mysuru. But the Department of Tourism is clueless as to what to do next?  Why not a single short film on any destination been made using  our Maharaja? There are so many new destinations in and around Mysuru which requires marketing and who better than our King ?

It is time our Minister for Tourism fills up the Department with officers, who have some creative ideas and mindset to implement them too. Let us start by making a permanent Dasara Committee for Mysuru. Optimistic? Well, I am.