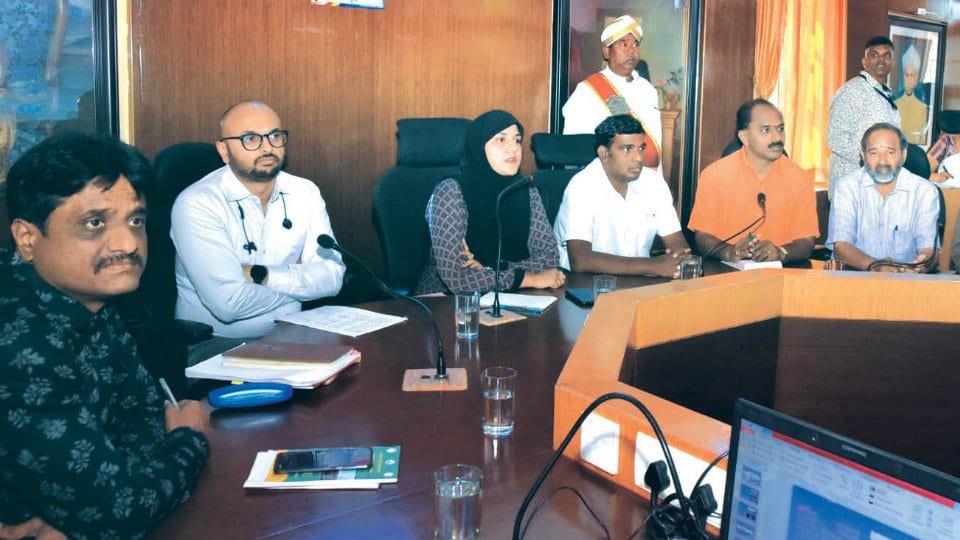 Mysuru/Mysore: Former Mayors have asked the Mysuru City Corporation (MCC) to mobilise its tax collection and at least meet the target this time.

Lamenting that every year, the MCC fails to meet the target, they urged the civic body to fill the coffers so that developmental works can be initiated without depending much on State Government funds.

At the Pre-Budget Advisory meeting between the MCC heads and the public chaired by Mayor Tasneem at the renovated Council Hall on Jan. 28, the Mayor said that Revenue Officers must be pulled up for the revenue shortfall almost every year.

Former Mayor B.L. Bhyrappa said that uniform tax must be collected from all the Wards in the Corporation and every year, there is a shortfall of more than 40 percent hindering developmental activities. Officers are not doing their job properly and they get away every year. They must be made accountable and action must be taken against officials who do not meet the target, he charged.

Checking of SAS (Self Assessment Scheme) forms for filing Property Tax return, inspection of Corporation and Government buildings and tax revenue from them and other collection have to be diligently done and stringent measures have been taken to recover pending taxes, he added.

Former Mayors R. Lingappa and Sandesh Swamy said that uniform tax must be introduced in all Wards. Taxes are not being collected from more than one lakh site owners. The Revenue officials must check and take action. They pointed out that Water Cess was being collected from only half of Mysuru and there was no collection from the other half.

The Finance Standing Committee must pay greater attention to collection of Property Tax and Water Cess. Not much attention is being paid to issuing Trade License and sanctioning building plans, they pointed out. Lingappa took objection to the fact that many schemes that were proposed in the previous budgets have not taken off. He suggested that those projects that cannot be implemented must not be included in the budget.

Former Mayor Purushotham said that taxes are not being collected at the expected levels. The Corporation should work keeping in mind the development of the whole city. The tax collection is shrinking year by year while the city is growing in leaps and bounds, he regretted.

Sandesh Swamy said the MCC revenue has been stagnant since the last few years and there was no growth. “Every year, a strict financial target must be given to Revenue officials and periodic monitoring meetings must be done from time-to-time to assess the progress achieved.  Also, residents living in layouts developed by Mysuru Urban Development Authority (MUDA) were paying Property Tax to MUDA though the civic services are provided by the MCC. This anomaly must be set right to mop-up revenues,” he opined.
Deputy Mayor C. Sridhar, former Mayors Purushotham, Dakshinamurthy, H.N. Srikantaiah, Pushpavalli, Pushpalatha Jagannath, B. Bhagyavathi, MCC Commissioner Gurudatta Hegde, Additional Commissioner Shivananda Murthy, Chief Auditor Lakshmikanth and others were present.