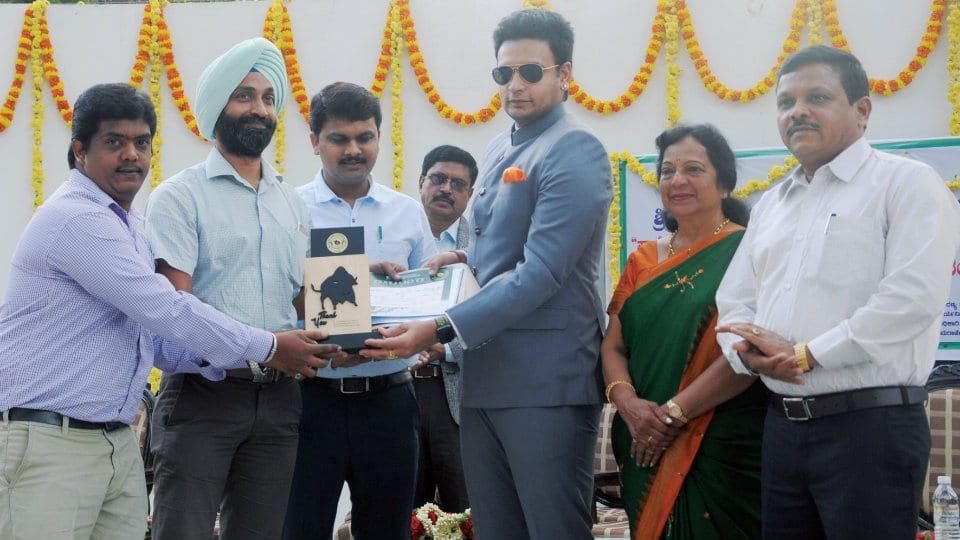 Mysuru: As part of the 125th-anniversary celebrations of Sri Chamarajendra Zoological Gardens, popularly known as the Mysuru Zoo, Scion of the Mysore Royal family Yaduveer Krishnadatta Chamaraja Wadiyar inaugurated the Botany and Zoology Clubs at the Zoo here yesterday.

Speaking on the occasion at a function organised at the Amphitheatre in the Zoo premises, Yaduveer said that he was extremely pleased to see the vision of his forefather being intact to this day, though it’s been 125 years since the Zoo was established.

Yaduveer said that India is a country where animals are worshipped and even to this day, animals and forests are worshipped. China, on the other hand, killed all its tigers, while we have managed to save our wildlife despite India being a populous country, he added

He said “The development of the Zoo is noteworthy. Cleanliness, conservation of animals, healthcare provided to animals and the way they are looked after at the Zoo is commendable.”  Later he went around the Zoo.

Dr. T. Shivanandappa, CSIR Emeritus Scientist, Department of Studies in Zoology, University of Mysore, pointing out that conservation efforts in the country have borne fruit, said that in the past 50 years, a phenomenal success was achieved in conservation and added that there were hardly 1,000 tigers in the 1970s that were on the verge of extinction. The efforts to conserve the tiger began with the then PM Indira Gandhi, he said.

Zoo Authority of Karnataka (ZAK) Chairperson Mallige Veeresh announced Yaduveer as the Ambassador of ZAK, which he readily agreed.

On the occasion, animal adopters were presented with mementoes and certificates.

ZAK Nominated Members B.N. Karigowda and K. Tukaram, Mysuru Zoo Executive Director C. Ravishankar, Additional Chief Conservator of Forests B.P. Ravi and others were present at the inauguration of the Botany and Zoology Clubs. The Zoo already has a Youth Club.