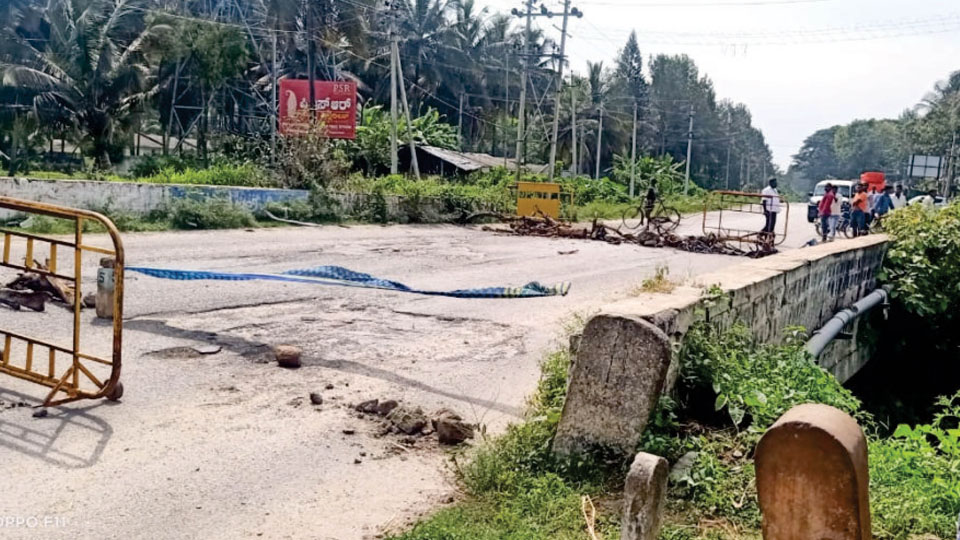 Kushalnagar: A portion of a bridge on the Mysuru-Hassan road has collapsed and the Police and Public Works Department has blocked traffic on the road and made arrangements to divert the traffic.

Due to incessant rain, the portion of the bridge built on River Cauvery near Arekere village collapsed and this was noticed by some villagers this morning who immediately alerted the authorities. This is the only shortest route that links Mysuru and Hassan via K.R. Nagar and it is generally busy with constant movement of vehicles.

After the incident came to light, barricades were placed on both sides of the bridge and traffic was diverted via Chowkalli and Dornahalli.

2 COMMENTS ON THIS POST To “Bridge on Mysuru-Hassan road collapses; traffic diverted”