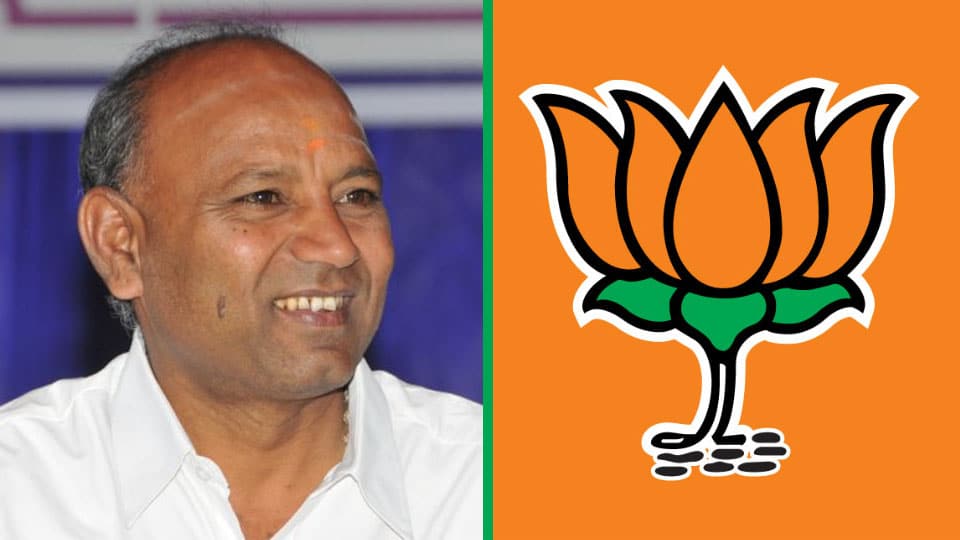 Mysuru: Former MP and Congress leader C.H. Vijayashankar, who had unsuccessfully contested on a Congress ticket from Mysuru-Kodagu  Constituency in the Lok Sabha polls held in April this year, will rejoin the BJP at the party headquarters in Malleshwaram, Bengaluru, tomorrow at 3 pm.

Vijayashankar was with the BJP since the 1990s and had represented the Mysuru Lok Sabha Constituency twice. After being elected as an MLC, he served as the Forest Minister for about six months in the B.S. Yediyurappa Government in  2010-11. Vijayashankar, who got upset with the BJP after he was denied the ticket to contest from Mysuru-Kodagu Lok Sabha Constituency (the ticket went to Pratap Simha, the current MP), left the BJP to join the Congress ahead of last year’s Assembly polls. Now he is returning to the BJP after a gap of nearly twenty months.

Speaking to SOM, Vijayashankar said that  he has been invited by top BJP leaders to return to the party fold and accordingly he is rejoining the BJP with which he was associated  for over two decades earlier.

Recalling that he had served the BJP in various capacities, he said that he remained inactive after the Lok Sabha poll defeat  and now he is returning to the BJP to be politically active. Asserting that he has been invited by several top BJP leaders of the State including Chief Minister B.S. Yediyurappa and State BJP Chief Nalin Kumar Kateel, he reiterated that he is returning to the BJP in order to retain his political identity.

Expressing his gratitude to Opposition leader and former CM Siddharamaiah for showing affection to him, Vijayashankar maintained that changing political sides does not mean that he has lost respect  for Siddharamaiah.

Vijayashankar was  a BJP MLA from Hunsur in the 90s and his return to the party fold at a time when the bypolls to Hunsur Assembly segment is being held on Dec.5, is expected to give a big boost to the party. Sources said that Vijayashankar  may also be fielded as BJP candidate for the bypolls as he has a strong following in Hunsur Assembly segment.