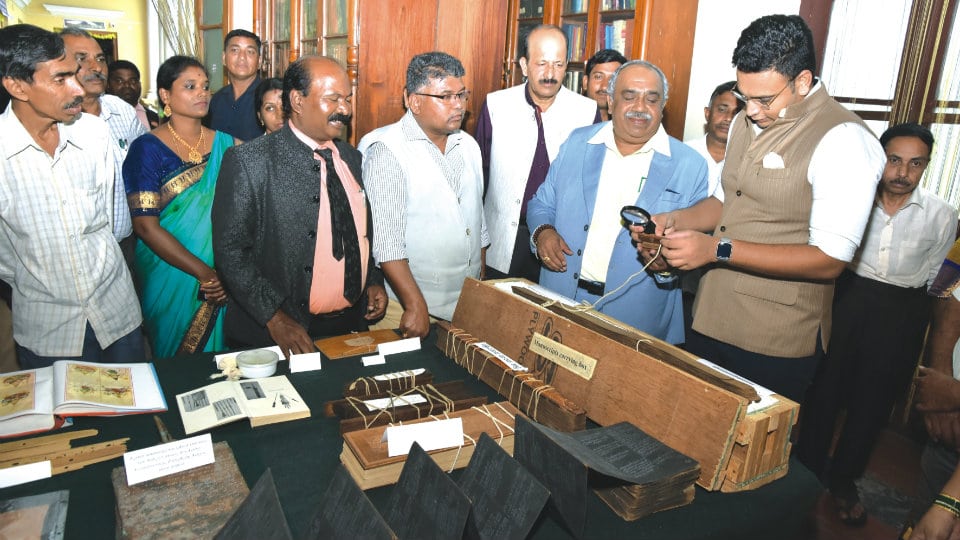 Expo of rare manuscripts at ORI

Inaugurating the expo, Yaduveer Krishnadatta Chamaraja Wadiyar said that ORI was a treasure house of knowledge and likened it to Ambari of Mysore Palace.

He observed that the first choice of many tourists was Mysore Palace and suggested that the knowledge treasure at ORI should also be made available to tourists and local people.

He recalled that Jayachamaraja Wadiyar, during his reign of seven years, had translated Rig Veda and Puranas from Sanskrit to Kannada which are still preserved at ORI.

Speaking on the occasion, UoM Vice-Chancellor Prof. G. Hemantha Kumar recalled that ORI was started earlier to UoM and opined that such institutes would help preserve rare scriptures to be passed on to the younger generation.