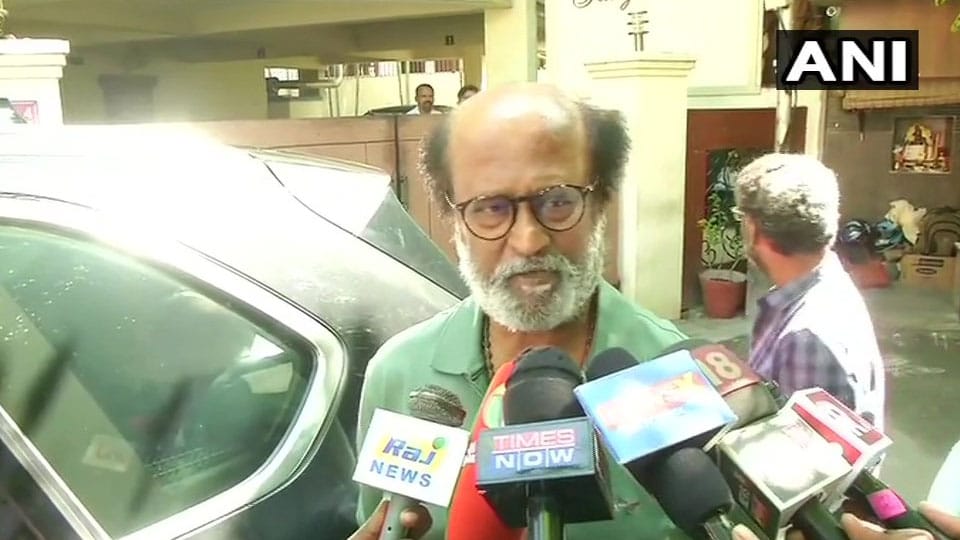 Chennai: The Citizenship (Amendment) Act or CAA is no threat to Muslims and if they face trouble, “I will be the first person to raise voice for them”, superstar Rajinikanth this morning, making his stand clear on the law that has triggered protests across the country. He also termed the National Population Register “essential”.

“The CAA is no threat to Muslims. If they face trouble, I will be the first person to raise voice for them,” Rajinikanth said. “How will Muslims who chose to stay back in India following Partition be sent out of the country?” he added.

Rajinikanth, whose political debut has been anticipated for some time and is expected before the Tamil Nadu election next year, urged students to hold protests only after analysing the subjects and discussing with their professors.

“The Government has assured that Indian people will have no issues in respect of CAA. Some political parties are instigating people against CAA for their selfish interests,” Rajinikanth said.