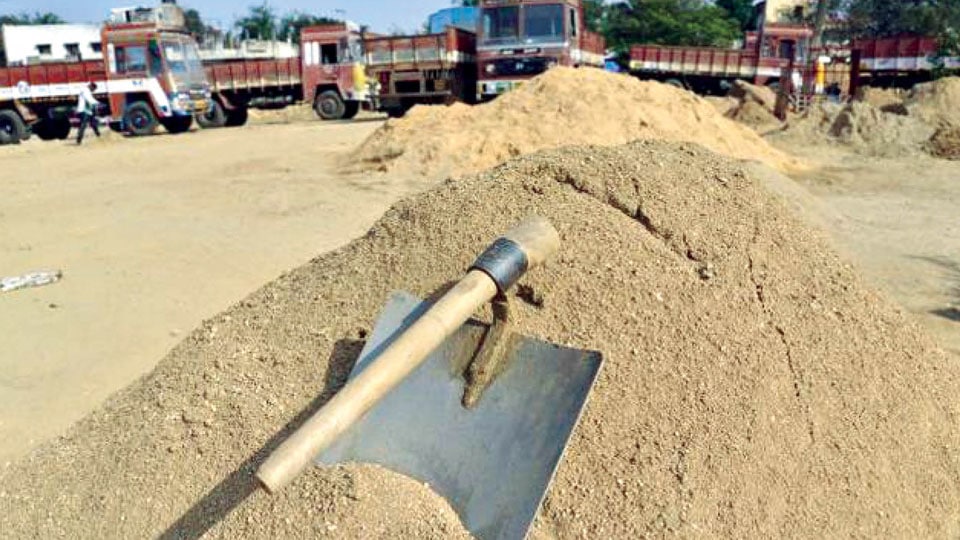 Bengaluru: The Karnataka Cabinet yesterday approved a new sand policy that is expected to bring down cost of the material and put greater regulation over chances of over exploitation of the resource.

J.C. Madhuswamy, Karnataka’s Minister for Law and Parliamentary Affairs, said the new policy was approved under three categories which would give greater powers to local administrative bodies. “We have made it easy to procure sand in Karnataka,” he said in Bengaluru.

Sand in Gram Panchayat would be sold at Rs. 300 per tonne, while riverbed sand is fixed at Rs. 700 per tonne to be sold at urban, inter-districts and other areas. The Minister said a separate authority would be constituted with enforcement and monitoring of any sand mining.

Though the policy had been announced by the previous Government led by B.S. Yediyurappa, the guidelines had not been framed. The new rules will allow people to buy the building material online and also empower Panchayats, which can issue permits for sand extraction within their jurisdictions.

An authority will be set up to give permission for extracting sand from river beds. It will act as the enforcement and monitoring agency and the guidelines for the new authority will be issued soon, the Minister said.

“With the new policy, sand will be available easily and at a reduced cost. Price per load (one lorry) is expected to be around Rs. 10,000 to Rs. 12,000 which is much cheaper than the earlier price. Royalty will be nominal at around Rs. 60 per tonne,” he said.

The Cabinet agreed to constitute a Committee headed by a retired High Court Judge along with two technical experts to approve tenders that are estimated at Rs. 50 crore or more. Tenders can be called only after the Committee’s approval, which is expected to streamline the process and bring in more transparency.

The Committee has to either approve or reject a proposal within 15 days. “All Department works that are over Rs. 50 crore have to come to the Committee, which will be independent,” the Minister added.