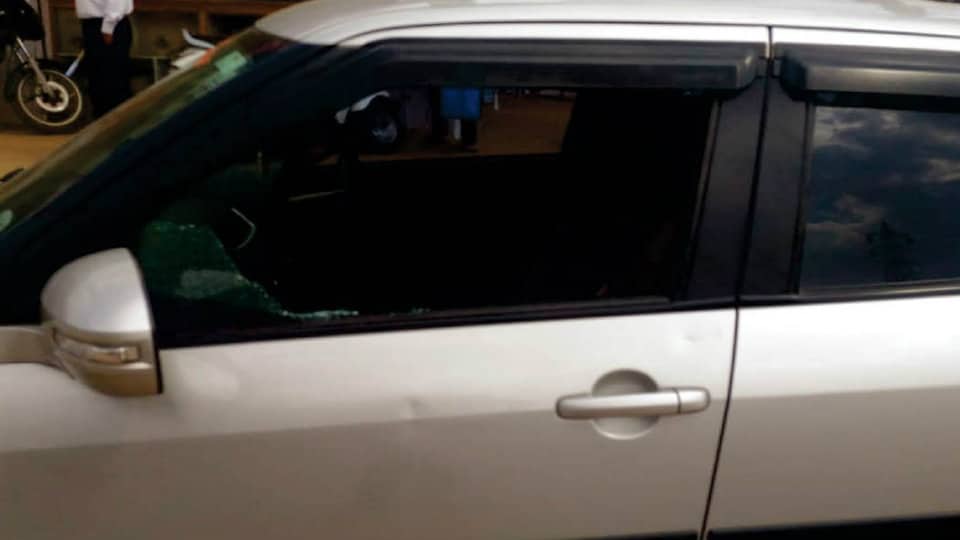 Mysuru: In a daring incident, Rs. 2 lakh was stolen from a car in front of a bank in Vijayanagar Second Stage this afternoon. Thieves smashed the window of the car and took away the money.

Police said that firewood merchant Raju had been to State Bank of India, Vijayanagar Second Stage near the Water Tank and withdrew Rs. 2 lakh and returned to his Swift car. As he was nearing a residential college on the road he got a call from the bank saying that another payment was pending and he had to do RTGS for it.

Raju obliged and returned to the bank but missed to take the cash kept on his car’s seat. By the time he returned from the bank, thieves had smashed the car window and made away with the money that was kept in a red cover.