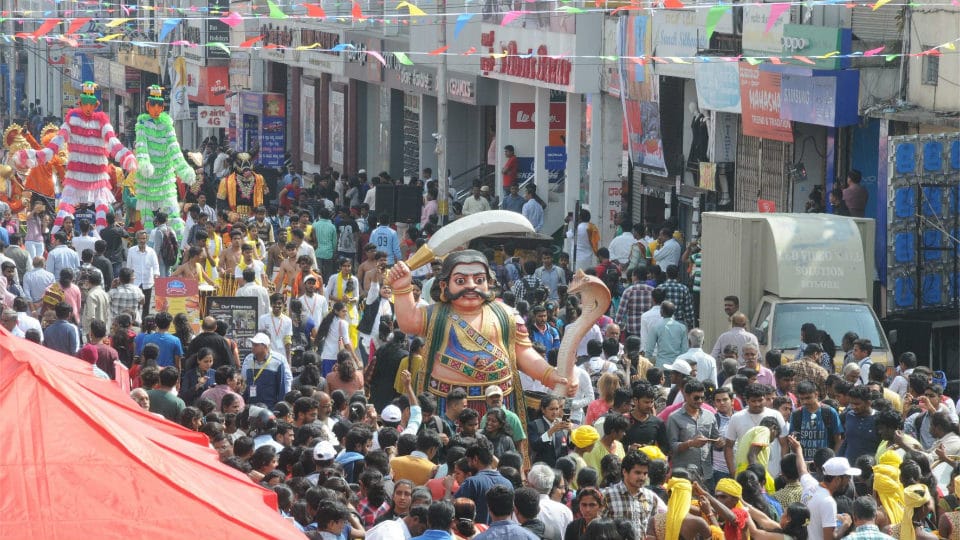 Mysuru: As part of the Mysuru Winter Festival-2017, an Open Street Fest was held amidst crowds that exceeded over 7,000 people, on D. Devaraja Urs Road in city this morning.

This Mysuru Open Street Festival will be held throughout the day which will be a display of street carnival as artistes will perform on the road. Two stages have also been set up on the middle of the otherwise busy road for the performers to let their hair down. The fest is being organised by the District Administration in association with the Tourism Department and other sponsors.

People swelled in large numbers right from morning and the inflow has been increasing as the clock ticked by. Tourists, foreigners, young and old were seen enjoying themselves at the festival. College students, clad in their uniforms, and teenagers were busy taking selfies and pictures with the statues of Nandi and Mahishasura.

Seventy-three stores had been setup and not a single shop seemed to be empty. People were seen flooding all the stores and were enjoying the ambience. Sohail, who had come along with his family, speaking to Star of Mysore, said, “This festival is like the ones that I have seen in movies, especially abroad where carnivals happen and the street is filled with loud music, dancers, processions and fast food outlets. It is really exciting that we are getting to see a flavour of that in our very own city.” 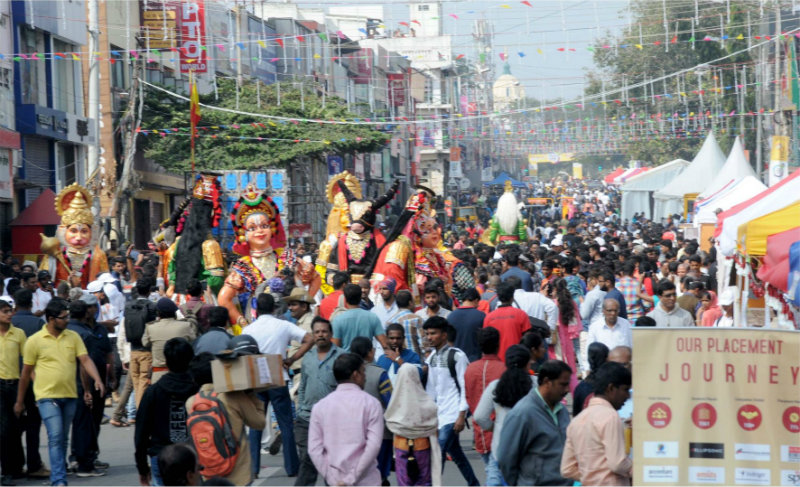 The crowd was in for a literal treat as the fest had several eating outlets and stores along with about 10 additional food trucks. People munched on snacks as they enjoyed performances. While one section of the audience swelled near stage one where a band was playing English music, the other section of the crowd were near Stage 2 where Kannada songs were being sung.

The fest has several surprises in store as they get to dance with the big doll like structure dancers, shopping discounts, games and a lot to explore. With energy flowing in the air, the young and the old walked up to the road to be a part of this festival. 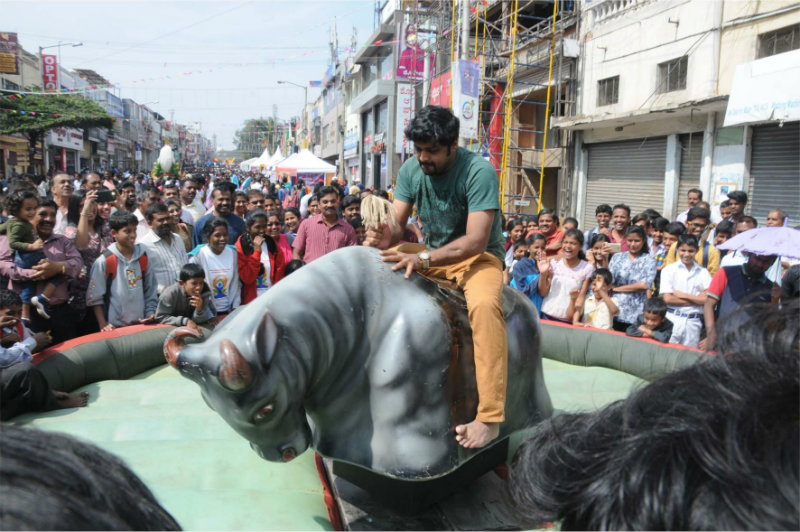 Sachin, a software engineer, said, “ It so good to see people in Mysuru taking part in this Festival and their support and enthusiasm can be clearly seen as they seem to be enjoying themselves thoroughly.”

This festival is being held for the second time after it received an overwhelming response during Dasara on Sept. 27.  Most of the showrooms on the road were closed. Speaking to SOM, one of the shop owners who did not want to reveal his identity said, “Some shopkeepers feel that this fest hurts their business. But this fest actually attracts crowd and some people tend to stop by and give me an opportunity to  do business.”

The Police had setup strict security for the entire day to handle the continuous flow of crowd. Barricades were set up on either ends of the road as well as other entry points. Volunteers ensured smooth running of the events and managed the crowd. Help desks and information kiosks were also setup to guide the visitors.