Home » News » Catch a glimpse of Orangutans at City Zoo 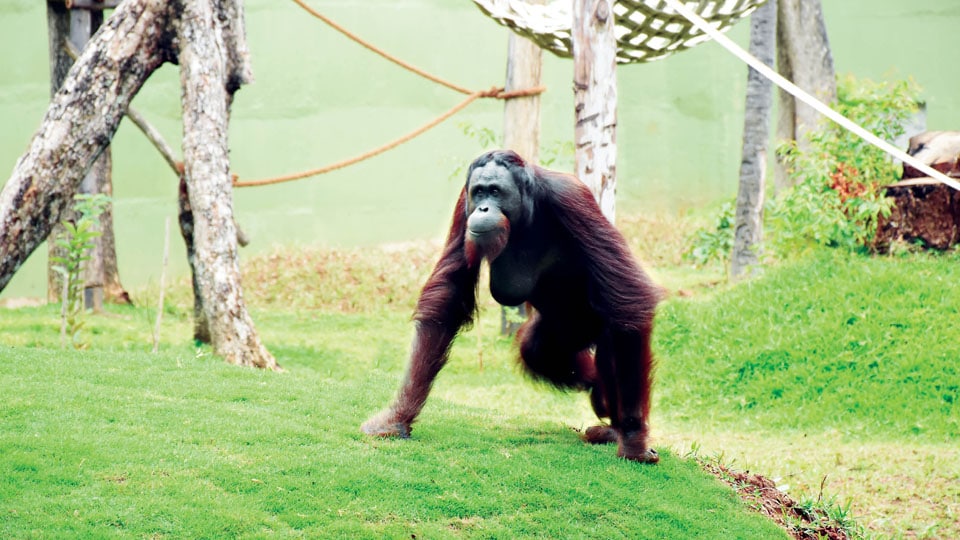 Catch a glimpse of Orangutans at City Zoo

Mysore/Mysuru: Visitors to Sri Chamarajendra Zoological Gardens (Mysuru Zoo) on Wednesday had the first glimpse of the orangutans that were brought from Malaysia and Singapore under the international animal exchange programme.

Mysuru District Minister S.T. Somashekar asked the Zoo authorities to open the orangutan enclosures to the public as the primates have already undergone the mandatory quarantine period and the required health checks.

The Minister also visited the enclosures housing gorillas that have been brought from Germany. However, the gorilla enclosures have not been opened to the public.

While Atina refused to come out of the cage despite cajoling and coaxing efforts, Merlin happily came out and hung on to a branch and onto a belt that was kept on the tree. It came near the visitor-animal separation glass partition and looked curiously outside. Children were attracted to the primate more and as they kept their hands on the glass partition, the orangutan too responded similarly, attracting exclaims of surprise at its intelligence. Mysuru Zoo has now achieved the rare distinction of being the only Zoo in India to house orangutans and the last time the Zoo displayed orangutans was in the 70s.