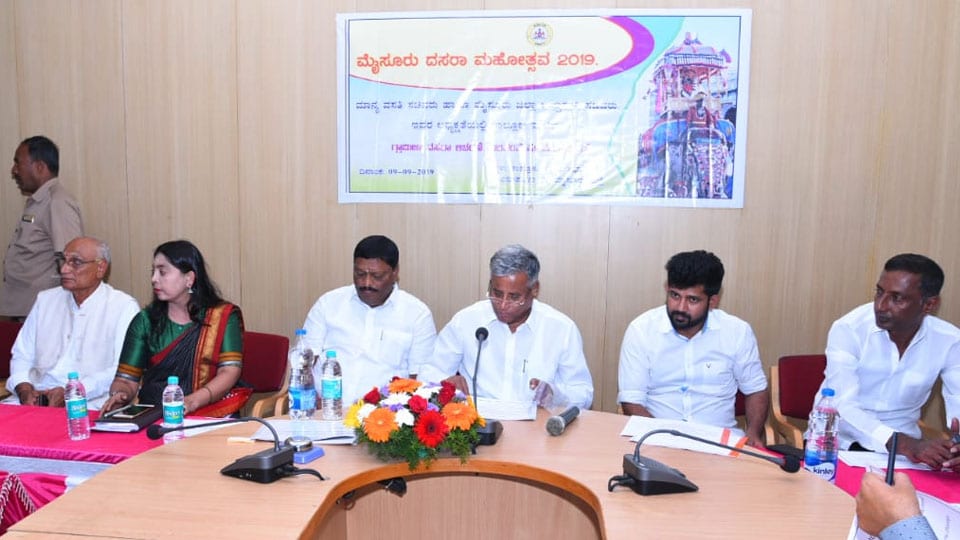 Mysuru:  The rural folk should be made to understand the significance of Dasara by celebrating it in a meaningfully way, said Housing and District in-Charge Minister V. Somanna.

He was addressing a preliminary meeting of celebrating Rural Dasara at Periyapatna’s Administrative building in which people’s representatives and taluk-level officials were present.

This year too more farmers and tribals must participate in the Dasara festival. The local MLA has requested that more buses will be required to bring them to Mysuru. Based on the requirements, buses will be provided, he assured.

Somanna directed the officials to make arrangements for providing food to all those who come from the taluk to watch Dasara festival. Traditional Dasara must be celebrated and to make it a success, rural talent which is there in abundance must be unearthed and see that they take part in the festival, he said.