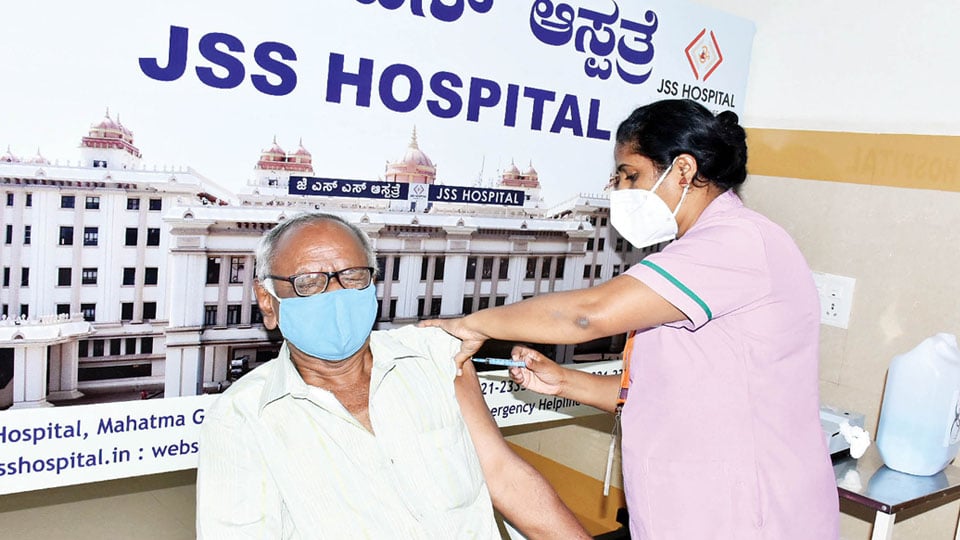 New Delhi: The Union Government has fixed maximum price that Private Hospitals can charge for each dose of Covishield, Covaxin and Sputnik V vaccines against COVID-19.

The Hospitals can charge a maximum of Rs. 780 for a dose of Covishield, Rs. 1,410 for a dose of Covaxin and Rs. 1,145 for a for a dose of Sputnik-V vaccine, according to the order issued by Union Ministry of Health and Family Welfare yesterday. The move comes amid allegations of profiteering against Private Hospitals. The cost includes taxes as well as Rs. 150 service charge for the Hospitals.

The order comes after the Ministry issued the revised guidelines for vaccination earlier in the day. The guidelines said that the price of vaccines for Private Hospitals would be declared by each manufacturer and any subsequent change would be notified in advance.

PM Modi, while addressing the nation on June 7, announced a new Centralised Policy for vaccination, according to which the vaccines will be provided free to all eligible persons in Government-run Hospitals. The vaccine manufacturers can, however, provide vaccines directly to Private Hospitals, as per the new policy. This has been restricted to 25 percent of the manufacturer’s monthly production.

The rates fixed by the Government are based on the current prices declared by the manufacturers and could be modified in future if manufacturers change the prices, said the office memorandum signed by Health Ministry’s Additional Secretary. The Centre has also asked the States not to allow Private Hospitals to levy more than Rs. 150 as service charge and they have to monitor the Private Hospitals regularly. Strict action will be taken against any private vaccination centre for overcharging.

The Government said that it has ordered 44 crore COVID-19 vaccine doses, which includes  25 crore doses Covishield from Serum Institute of India and 19 crore doses of Covaxin from Bharat Biotech.