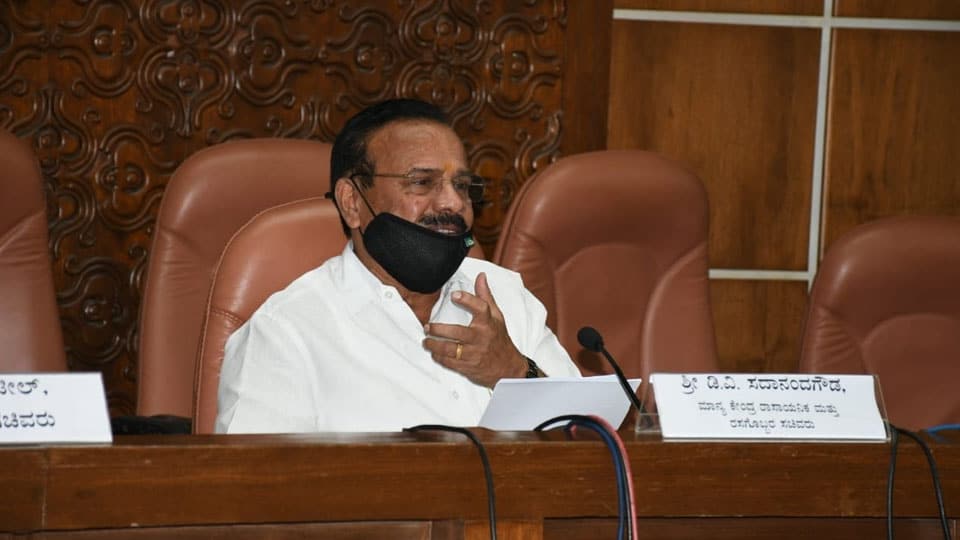 Centre supplies additional 29,250 vials of Amphotericin B drug to States

Bengaluru: Union Minister for Chemicals and Fertilisers D.V. Sadananda Gowda on Wednesday said that an additional 29,250 vials of Amphotericin B drug, which is vital to cure black fungus infection, has been allocated to all States and Union Territories.

In a series of tweets, the Minister gave the description about the supply of Amphotericin B: “Additional 29,250 vials of #Amphotericin- B drug, used in treatment of #Mucormycosis, have been allocated to all the States/UTs on Wednesday. The allocation has been made based on the number of patients under treatment which is 11,717 across the country.”

According to the Union Minister, additional 1,220 vials of Amphotericin B have been allocated for around 481 patients who are under treatment for Black Fungus in Karnataka. The demand for Amphotericin B has grown manifold in the State with cases appearing in many districts.

Doctors have expressed concern over the growing cases of mucormycosis, which was a very rare phenomena previously and now appearing as a post-COVID complication.