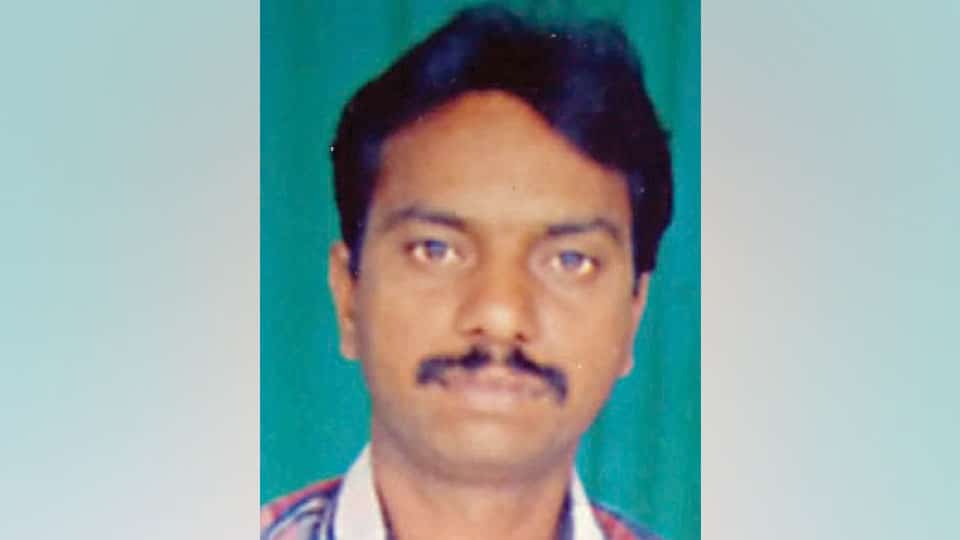 Kollegal: A CESC Lineman was killed, when an unidentified rammed into his bike and sped away near Madhuvanahalli village in the taluk last evening.

The deceased is T.R. Srinivas (49), a Lineman at Lokkanahalli CESC Office and a resident of Chowdeshwari Temple Street in Kollegal.

After finishing his day’s work, Srinivas was proceeding to Kollegal on his bike when a speeding vehicle rammed into his bike and sped away. Though Srinivas was wearing a helmet, it fell due to the impact and as he fell down, Srinivas suffered serious head injuries.

He was rushed to Kollegal Government Hospital where he was provided first-aid and was being rushed to Mysuru where he breathed his last midway.

Though a few say that it was a car that hit Srinivas’ bike, it is not confirmed. Kollegal Rural Police, who have registered a case, have launched a hunt to trace the unidentified vehicle.