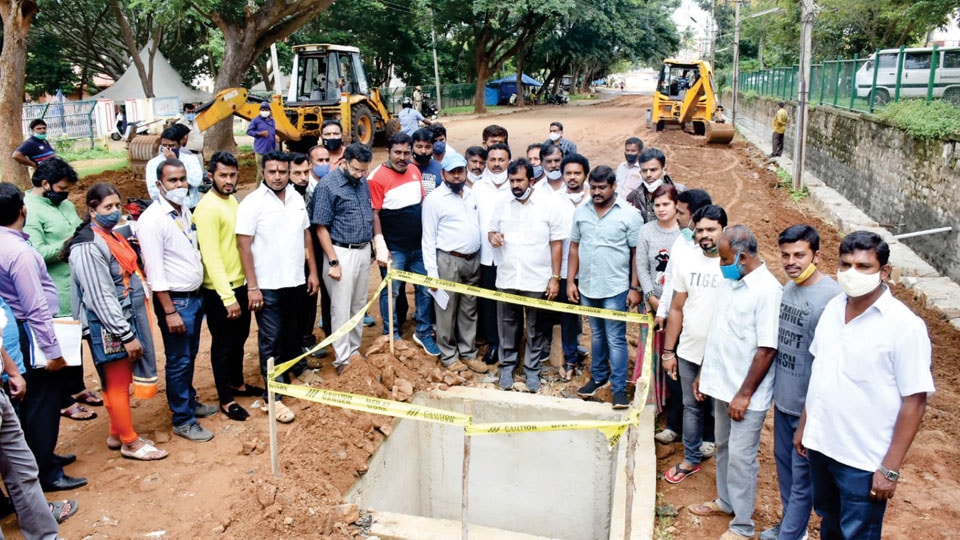 Later he asked the officials of various Departments to complete the pending works at the earliest.

The works are taken up by Mysuru Urban Development Authority (MUDA).

During his inspection, MLA Nagendra saw that only 25% of the works completed with many works pending. There are Underground Drainage (UGD) pipes, drinking water pipes, power cables and telephone cables passing under this stretch of road and due to lack of co-ordination between various Departments, the works were going on at a snail’s pace.

The MLA immediately convened a meeting of officials from various Departments such as CESC, VVWW, BSNL, Karnataka Urban Water Supply and Drainage Board (KUWS&DB), MUDA, Mysuru City Corporation and other Departments near Vijayanagar Water Tank and instructed them to complete the pending works within four months.