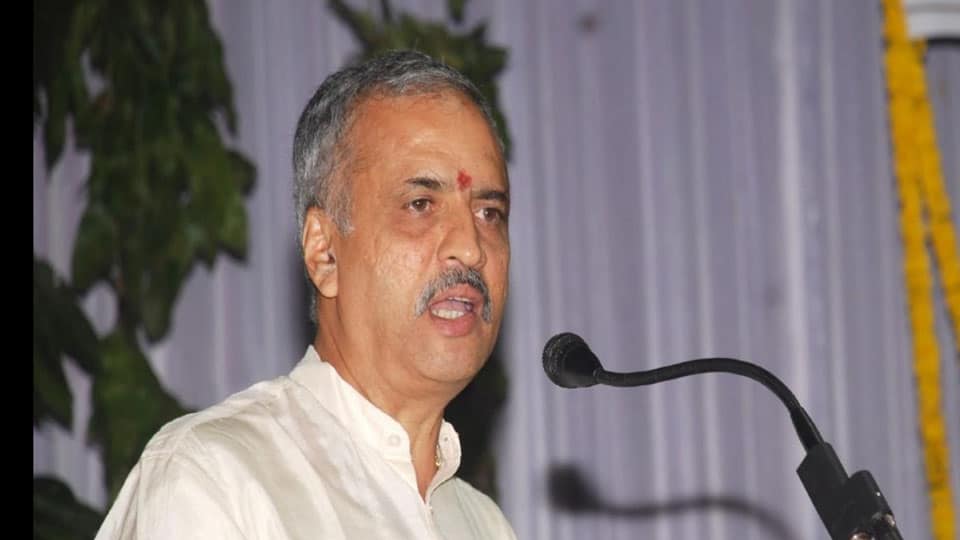 Bengaluru: COVID-19 test has been made mandatory for legislators attending the joint session of the State Legislature from Sept. 21, said Assembly Speaker Vishweshwara Hegde Kageri.

Talking to reporters here on Tuesday, the Speaker said the MLAs must undergo test at the Government Hospitals in their respective Assembly Constituencies two days before the commencement of the session and get  report from Health Officers.

The certificate must be displayed while entering the Hall. This rule was applicable to everyone including the CM. Already, 41 MLAs have reported Corona positive and some are still under treatment. This has necessitated to take all precautions as specified by the Union Health Ministry for the safe conduct of the session.

For those who failed to undergo test, a Rapid Antigen Test (RAT) will be held at Vidhana Soudha on Sept.18. Even officials and journalists could undergo test and collect the certificate from the doctors to enter the Assembly Hall. This time, only 15 journalists will be allowed inside the Press Gallery and the rest will have to cover the proceedings from the second floor gallery.

As precautionary measure, entry of general public to witness the House in action is strictly banned. Daily health examination will be held before the proceedings start, he added.

Kageri said instruction had been given to all the Ministers not to entertain any delegation or hold meetings on the first floor of Vidhana Soudha. The MLAs must hold such meetings at the Legislators’ Home.

The daily testing of MLAs, officials and journalists will be directly monitored by the Speaker.

31 Bills to be tabled: Kageri said as many as 31 Bills including 10 important legislation and 19 ordinances are expected to come up during the  session.

The Speaker also welcomed the Government’s stern action on drug mafia and stressed on strict measures to save  children from becoming drug addicts.

Extend session: Meanwhile, Leader of Opposition in the Assembly and former CM Siddharamaiah has urged the Speaker  to extend the session till Oct. 15 in view of important legislations to be tabled by the Government.

Ten days was not sufficient to discuss subjects of public interest like amendment to Land Reforms Act and ordinances.