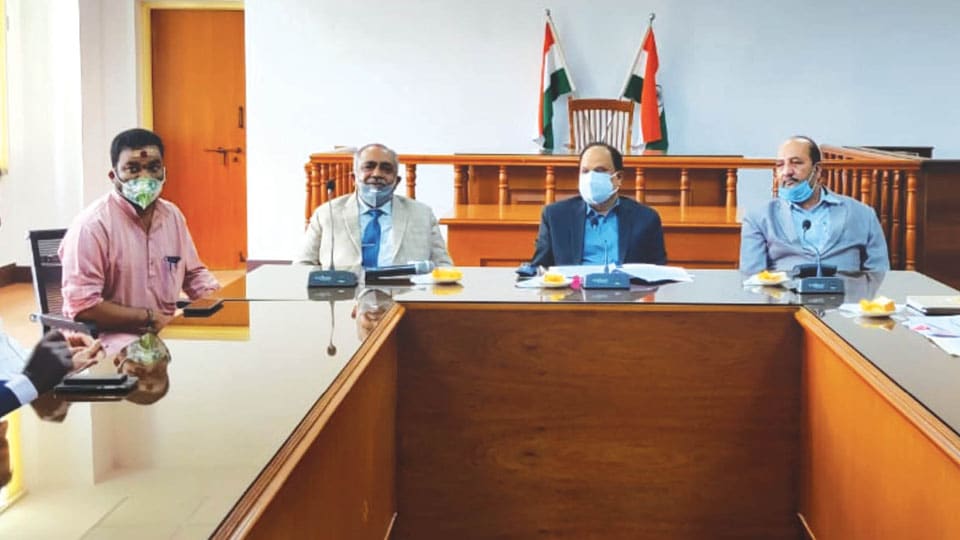 Chamarajanagar DC assures of facilitating setting up of a University

Chamarajanagar: Stating that the Government has decided to set up a University exclusively for Chamarajanagar district, Deputy Commissioner Dr. M.R. Ravi said that the district administration will render all help for the same.

He was speaking at a meeting of experts in connection with the establishment of the University, at Dr. B.R. Ambedkar Post-Graduate Studies Centre here on Friday.

Stating that the Government has taken a historical decision for setting up a University in the backward district of Chamarajanagar, Dr. Ravi said that the district is known for its folklore, religious, cultural, Forest richness. Observing that Chamarajanagar has a strategic location bordering the States of Kerala and Tamil Nadu, he said that the establishment of the University in this region will help in promoting education and communication in this backward district at the southern most tip of the State.

The DC assured of extending all help for the setting up of the University and to locate the land for the same at the right place.

The Committee is working out plans for the next 25 years for the University, he said and added that the University campus will come up on a 100 acre area.