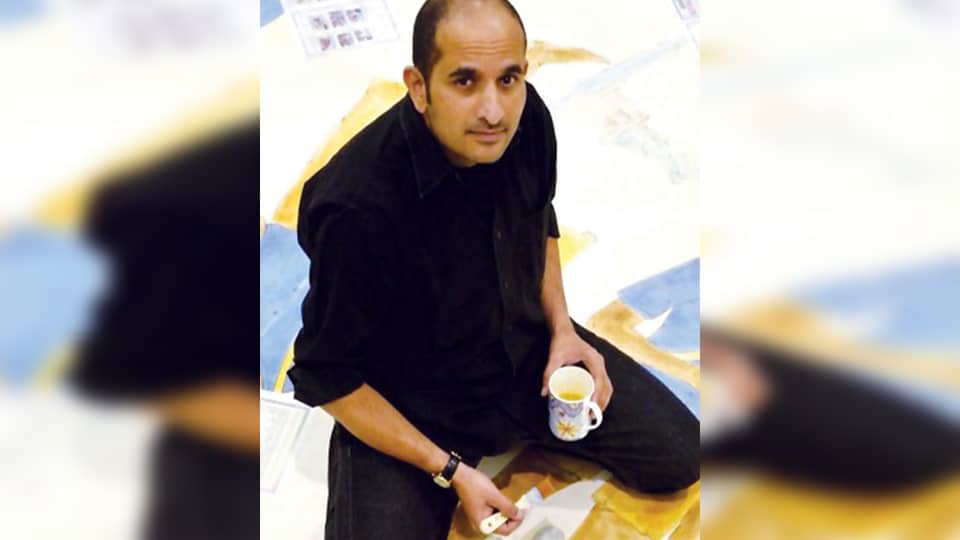 It is said of the artists that their work should speak for them and not the artists. There seems to be some truth in it because that was what I found in a renowned artist from our city N.S. Harsha when he visited our office two months back to collect some news items relating to his works published in Star of Mysore and also to organise its daily printing at Mori Art Museum, Tokyo, during the exhibition via PDF.

Indeed, he was a man of few words and, as with such people, unassuming for all his name and fame acquired rather early in his life. He mentioned that he wanted the material as information input about Mysuru City, where he belongs to and works from, for the forthcoming first major solo exhibition of his works at the Mori Art Museum, Japan. This honour is in recognition of Harsha’s status as one among world’s pre-eminent Indian artists.  Interestingly, as part of his exhibition, a mind space of Mysuru was created by printing the daily edition of SOM at the Exhibition Centre till the last day. 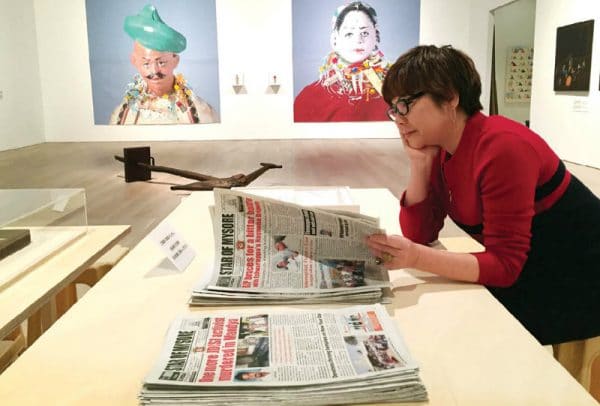 Harsha was born in Mysuru in 1969 where he still lives and works in his huge studio which is understandable because most of his works are huge in size. In 1990, he studied Fine Arts at the Maharaja Sayyaji Rao University of Baroda which was one of the famous art schools of India.

His paintings are mostly rooted in the natural environments of Mysuru and South India as could be seen from some of his major works. A multi-faceted genius, his area of creativity extends beyond painting and drawing to sculpture, installations and workshops. He handles both traditional and contemporary art experience with great felicity. Some of his works on vast canvas, mural walls or other materials might seem repetitive of a single object or subject, but there is the variety and difference between one image and the next one encompassing the whole canvas. This gives the artistic creation a mystic quality where the viewer is left wondering as to the inner hidden meaning of the work. A classic example of this is an art work titled  ‘We Eat’ [see pic].

We Eat: This painting, which took Harsha two years to complete, focuses on portraying a variety of human actions in parallel with each other. Picture right shows the Mysuru artist’s another creation ‘Pledge.’

India being a composite nation of many races, regions, languages and culture there is abundance of subjects for artists to work on and Harsha seems to be doing exactly the same if you look at the works he has produced. From his first solo exhibition in 2006 entitled ‘Charming Nation’ to the present 2017 exhibition in Tokyo entitled ‘Charming Journey,’ it has been virtually a charmed journey taking him to different parts of the  world; all the time making him an occasional visitor to Mysuru. His ‘Punarapi Jananam, Punarapi Maranam’ (Again Birth, Again Death) created in 2013 was a painting that measured more than 24-metres-long and said to be his largest work to date. To some it looked like an avant garde calligraphy brush stroke or an infinity symbolically presented on the canvas as a compressed cosmos on its spin. 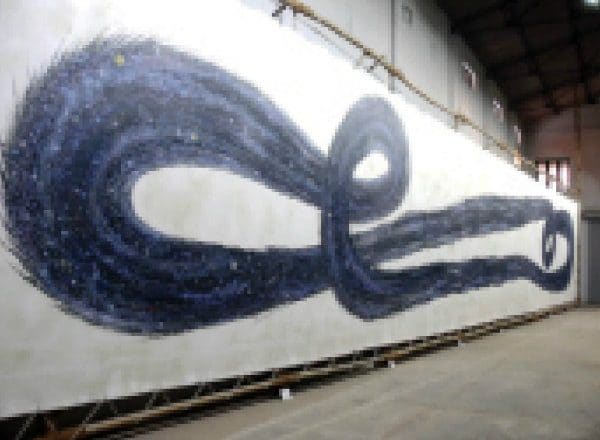 His works seem to bear the stamp of philosophy, spiritualism and the mundane life. Another picture below titled ‘Pledge’ (2003) gives an idea of the artist’s presentation of the idea of pledge in a painting.

In appreciation of his exhibition in Tokyo, the Museum has brought out a commemorative book titled ‘N.S. Harsha: Charming Journey’ of 271 pages with colour plates of some of his important works.

It introduces itself through its light…

But their achievements expose them.

This aphorism could be aptly applied to N.S. Harsha.