Home » News » Chidambaram to remain in CBI custody till Monday 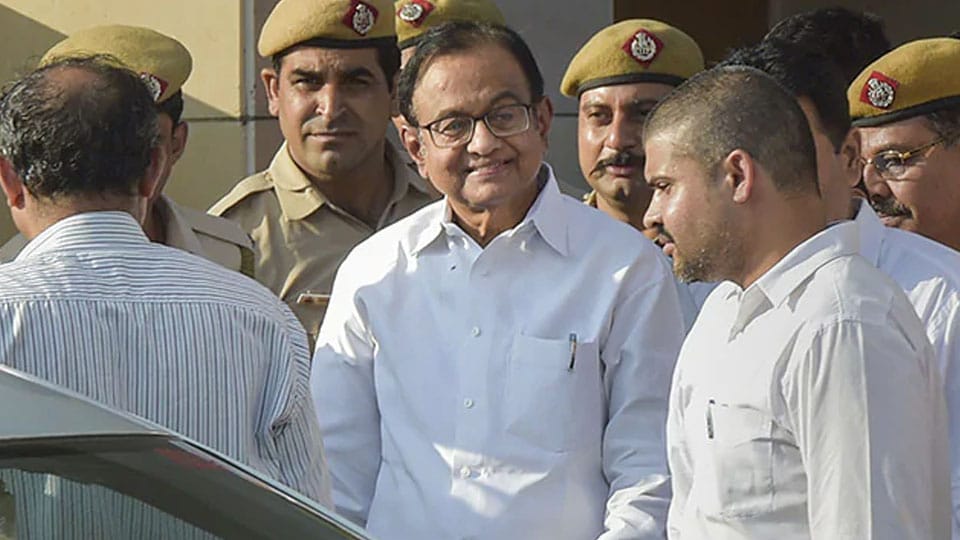 Chidambaram to remain in CBI custody till Monday

New Delhi: A Central Bureau of Investigation (CBI) Special Court yesterday extended the Police custody of former Finance Minister P. Chidambaram till Sept.2 in the INX Media case. On Monday, the Supreme Court (SC) will also hear the plea by Chidambaram challenging the remand order by the CBI Court.

The order was passed by Special Judge Ajay Kumar Kuhar before whom Chidambaram was produced on expiry of his four-day custodial interrogation granted on Aug.26. “Investigation being the prerogative of the Investigating Officer and given the fact that the record is voluminous and accused needs to be confronted. Thus, more time is required. In view of the submissions made, the accused is sent to Police custody remand till Sept.2,” said the Judge.

The Court also observed that the reasons mentioned by CBI, demanding a five-day extension of the Congress leader’s custody, were vague. The Bench added that CBI should have initially sought a remand for 15 days if they knew that the interrogation would take time. To this, the ASG responded that it was difficult to ascertain the time needed for further interrogation, and Chidambaram needs to be confronted with some documentary evidence. “On the merits of the case, we need further custody,” submitted Natraj. Krishnan said there was no objection from his client’s end for extension of remand till Monday so that the special leave petition could be taken up by the Top Court.