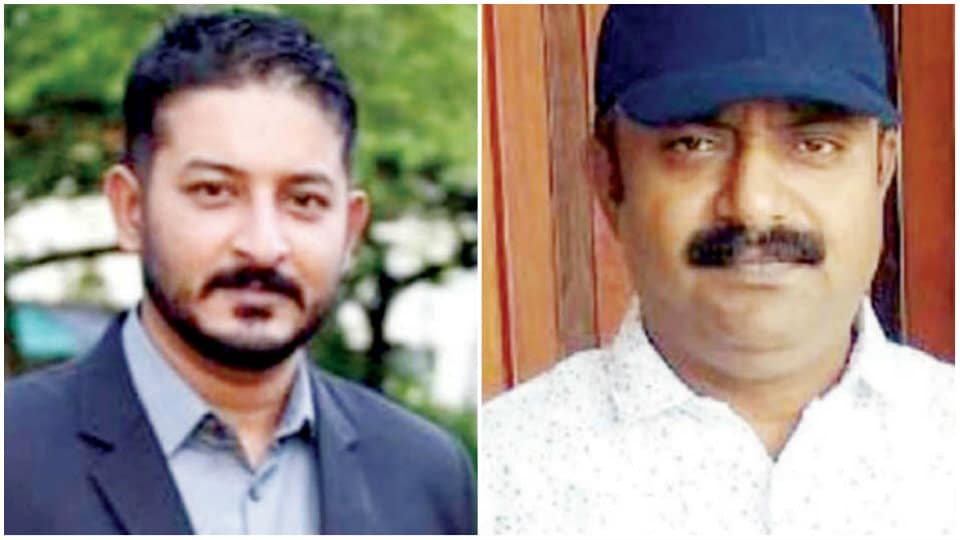 Madikeri: A coffee merchant, who was also a real estate dealer, was murdered on Tuesday night at Virajpet in Kodagu district. Three persons, including the victim’s childhood friend and a labourer from Assam, have been arrested in this regard.

Forty-two-year-old Shafiq, a realtor and a coffee merchant by profession, was killed at his residence in Panjarpet extension in Virajpet during late hours on Tuesday. The criminals cut his throat using a dagger. In a swift move, Virajpet Police have succeeded in nabbing the three accused who were locked inside the house of the victim by neighbours who heard the screams of the victim.

The incident took place at about 10.15 pm on Tuesday and Shafiq is said to have been sleeping and was staying alone in his house at Manjunatha Nagar.

The accused have been identified as Maletira Darshan, who is Shafiq’s childhood friend, his estate labourer Mohammad Rohan from Assam and rowdy-sheeter Tamilara Jeevan.

Shafiq himself was a coffee trader and had agreed to the arrangement as Darshan was his friend from younger days.

But Darshan sold his coffee to some other trader and had not even paid Shafiq the Rs.5 lakh that Darshan had borrowed. This had enraged Shafiq and he had demanded an explanation.

The issue led to frequent quarrels between them. Later, Darshan allegedly planned to eliminate Shafiq and accordingly informed Mohammad Rohan and Tamilara Jeevan about the plan, Police said.

On Tuesday night, Darshan made sure that Shafiq was alone at his house called up the latter and said that he was coming to his (Shafiq’s) house to discuss about the money to be paid back.

Shafiq readily agreed and after some time, Darshan came to Shafiq’s house. Without sensing any danger, Shafiq opened the door to his murderers, Police said.

Within a fraction of a second, Darshan allegedly cut his friend’s throat using a dagger. Shafiq’s neighbour Mustafa heard the screams of the victim and rushed to the spot and witnessed the barbaric scene. Acting quickly, Mustafa managed to lock the front door of the house and gathered some of his neighbours to the scene. He later called up the Virajpet Police and informed about the murder.

A Police team that swiftly rushed to the spot found smoke coming out of the house caused by some pesticides sprayed on the dead body to prevent the identification of the accused by the dog squad.

The accused were inside the house and had sprinkled the pesticide and were attempting to escape from the backdoor when the Police team broke into the house through a window.

The Police rounded up the killers threatening to shoot them if they tried to escape. The accused later surrendered to the Police. Police have seized a Maruti car, hand gloves and weapons held by the accused.

This had enraged Darshan who plotted and executed Shafiq’s murder. Virajpet Police are investigating.